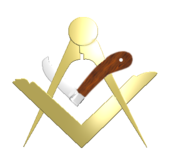 Insignia of the Order of Free Gardeners

The Order of Free Gardeners is a fraternal society that was founded in Scotland in the middle of the 17th Century and later spread to England and Ireland. Like numerous other friendly societies of the time, its principal aim was the sharing of knowledge—secrets—linked to the profession and mutual aid. In the 19th Century, its activities of mutual insurance became predominant. By the end of the 20th Century it had become almost entirely extinct.

In 1849, The Ancient Order of Free Gardeners Scotland formed at Penicuik. In 1956, due to falling attendances in Scotland, the Grand Lodge charter was transferred to Cape Town, South Africa and remains there. In September 2005, saw the Ancient Order returned to Scotland when the Countess of Elgin Lodge no. 105 received its Charter to meet in Dysart, Fife.

Although the Free Gardeners always remained independent of Freemasonry, the history and organisation of the two orders show numerous similarities that shed light on the birth of the latter.[1]

The most ancient evidence of the order is a record of the minutes of the Haddington lodge, opened 16 August 1676, which begins with a compilation of fifteen rules called Interjunctions for ye Fraternity of Gardiners of East Lothian.[2] 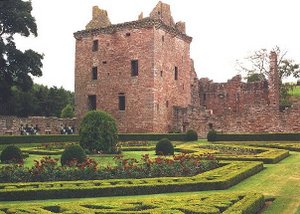 Scotland was, in the 17th century, subject to civil unrest and intermittent famines. Rich landowners were interested in Renaissance architecture and the design of formal gardens for their vast estates. The first members of the Haddington lodge were not gardeners by profession, but small landowners and farmers who practised gardening for pleasure. Not practicing an urban profession, they could not obtain the status of a guild and modeled their organization on the Masons, who had an organization, additional to and independent of their guild: the lodge.[3]

This organisation set up in Haddington could be viewed as a primitive form of union. It organised cooperation between members, provided practical training and ethical development, and supported the poor, widows, and orphans. The lodges of gardeners were also the first to organise floral exhibitions, from 1772.[3]

About 1715, a lodge similar to Haddington was founded in Dunfermline, supported by two members of the local aristocracy, the Earl of Moray and the Marquess of Tweeddale. From its origin, it admitted numerous non-gardeners as members. It created a charitable society to benefit the widows, orphans, and poor of the lodge, sponsored a horse race and organised an annual horticultural fair before transforming itself little by little into a mutual aid society. It reached a membership of 212.[3]

The lodges of Haddington and Dunfermline expanded their recruitment area widely without authorising creation of new lodges. It was only in 1796 that three new lodges were created: at Arbroath, Bothwell, and Cumbnathan.[4]

During the 18th Century, about twenty other lodges were created, always in Scotland, and on 6 November 1849, they organized a meeting with a view to create a Grand Lodge. Establishments then accelerated, and in 1859, in Edinburgh, the Grand Lodge gathered representatives from more than 100 lodges, including three established in the USA.

At the peak of the movement there were more than 10,000 Free Gardeners for the Lothians alone, belonging to more than 50 lodges.[5]

Encouraged by this success, competing horticultural societies appeared during the 19th Century. Unlike the Free Gardeners, they did not have a charitable role, mutual help, or rituals, and they would accept anybody, male or female, who paid their dues. 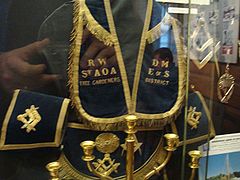 In the 20th Century, the two World Wars called up most of the members. The economic crisis of 1929 weakened their charitable capacities.[3] The social protection laws weakened the attraction of mutual aid, before the National Insurance Act 1946 removed their entire purpose.[4] Even before the Second World War, the number of deaths exceeded the number of admissions to the lodges. In 1939, the minutes of the Haddington lodge were interrupted until 1952, when its eight last members attempted in vain to relaunch it.[3] Despite the recruitment of new members, the Haddington fraternity pronounced its dissolution on 22 February 1953.[6] The Dunfermline lodge lasted until the middle of the 1980s.[7]

These disappearances were part of a wider social change. In 1950 there were around 30,000 Friendly Societies in the UK, while in 2000 there were fewer than 150.[8] In 2000, the research of R. Cooper counted no more than a single lodge (in Bristol) for Great Britain, but mentioned the survival of the Order of Free Gardeners in the Antilles (Caribbean British Order of Free Gardners) and in Australia.[3] In 2002, a conservation society was created in Scotland with aims of research and conservation of the traditions of this Order and some lodges were revived on this occasion.[9]

Fraternity documents from the end of the 17th century reveal no trace of secret knowledge or rituals. However, the interest rapidly shown by the members of the aristocracy suggests this association did not exclusively deal with mutual assurance.[10]

The oldest known mention of the existence of an initiation secret in this order appears on 28 January 1726, when the fraternity studied an internal complaint that accused one of its members of defaming certain of its officers in saying they could not correctly give its words and signs. In 1772, other documents established that the fraternity of the Free Gardeners had 'Words' and 'Secrets'. An 1848 document mentions a teaching, in the form of 'Signs, Secrets and Grips'. Historians have at their disposal complete rituals of the Apprentice, Companion and Master dating from 1930. Minutes of the lodges show that the ritual of the order progressively developed, from a fairly basic ceremony of transmission of the 'Word' at its very beginnings, to a system of three grades similar to that of Freemasonry at the end of the 19th Century.[10] 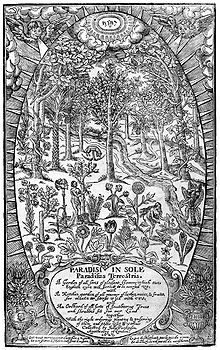 Garden of Eden
Paradisi in Sole (1629) by John Parkinson

A conference of 1873 indicates that Free Gardening used the cultivation of soil as the symbol of the nurturing of the spirit in intelligence and virtue and made reference to the Garden of Eden.[10]

The aprons are of two types:

Generally, the symbolism utilized by the Free Gardeners seems to have been strongly influenced during the 19th Century by that of Freemasonry.[14]

On numerous objects of the order dating from the very beginning of the 20th Century, one finds an emblem composed of a square, a compass and a grafting knife. As there is not a trace of this emblem in the earlier documents, it is probable that it had also been inspired lately by that of Freemasonry.[4]

There is little information on the professions of the members before the end of the 17th Century. During this period the Haddington lodge included merchants, tailors and clerks as well as gardeners. All the members of the lodge were originally from the county. On the other hand, the lodge at Dunfermline, former capital of Scotland, prided itself on counting among its members 'numerous renowned persons of Edinburgh, as well as East Lothian including the Marquess of Tweeddale, the count of Haddington (Earl of Haddington), Lord William Hay etc.'.[4]

The first record of the Dunfermline lodge was established in 1716 with the signatures of 214 members. At this time the membership was composed of a majority of gardeners by trade, but also numerous artisans and two members of the local aristocracy. Rapidly, the membership grew and the social level rose—to the point that the professional gardeners no longer formed the majority of new members—but the recruitment remained local. In 1721, 101 new members of all social statuses were admitted into the lodge, from gardeners and butchers to the Duke of Atholl. The following years saw a fairly large number of aristocrats initiated in Free Gardening in the Dunfermline lodge, even while they remain on the edge of the Haddington lodge, which remains mainly active. Most of these people possess famous gardens. Starting from 1736, the date of the creation of the (Masonic) Grand Lodge of Scotland, this tendency ceased and there were no more initiations of aristocrats in the Dunfermline lodge.[4]

Religiously, all the members of this time were Protestants and belonged to the Church of Scotland. Politically, on the other hand, there were all types.[4]

In the 1720s, Scotland had a profusion of societies, fraternities, and clubs. Freemasonry and the Order of Free Gardeners are merely those that spread the furthest and lasted the longest.[4]

Those two orders present important similarities concerning their organisation and development. Both were born in Scotland in the middle of the 17th Century among groups of professional workers who very quickly accepted members from other professions. In both cases, members of the original profession became minorities from the beginning of the 18th Century. In both orders also, certain lodges open very rapidly to 'accepted' members and in particular to the local nobility, whereas others, like that of Haddington for the Free Gardeners and that of Edinburgh for the Freemasons, are more reticent.[4]

Almost all known members who belonged to the two orders were Free Gardeners before becoming Freemasons. The largest group of Free Gardeners who later became Freemasons joined the Kilwinning Scots Arms Masonic lodge founded in 1729. There were nine members of the free gardeners Dunfermline lodge. None of them were gardeners by trade, they were aristocrats and soldiers.[4]

Freemasonry expanded rapidly in England and, after creation of the Grand Lodge in London in 1717, across the entire world. On the other hand, the Order of Free Gardeners remained principally Scottish. In both cases, the Scottish lodges seemed to have difficulties grouping together into larger structures called Grand Lodges. In the case of the Order of Free Gardeners, the first Grand Lodge only formed in 1849, and 15 lodges remained independent until the disappearance of the order. In both cases, it is in particular the lodges founded before their Grand Lodge that remain the most reluctant to renounce their independence.[4]