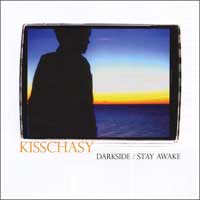 Darren Cordeux and The EP

Only limited numbers of this EP we're released and in a 2008 interview on Australian Music Station Channel V, Darren Cordeux admitted to never keeping a copy of the EP, regretting that he didn't and asking anyone who was willing to give him a copy, so he would have something to show his grandchildren later on in his life.