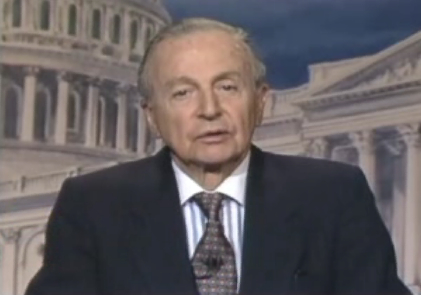 Harry Schwarz's political career started with sitting on the Johannesburg city council from 1951-1957. In 1958 he was elected into the Transvaal provincial council. From 1972 to 1974 he was the leader of the United Party in the . In 1975 he created the Reform Party of which he was the leader. He was Opposition spokesman on Finance. He was a founding member of the Democratic Party. From 1991-1994 he was . He was the first South African ambassador to . He was in the minority opposition for over 40 years and was a prominent opponent of the National Party.

He was one of the founders of the , an ex-soldiers' movement to protest against the disenfranchisement of the coloured people in South Africa. He was also on the South African Jewish Board of Deputies. He is regarded as one of the great South African public speakers and debaters of his time. In his political career spanning 43 years he never lost an . He served as a navigator in the SAAF during World War II. He received the Order of Meritorious Service and an .

He was described by the as "one of the conceptual and moral fathers of the new South Africa" [http://70.84.171.10/~etools/newsbrief/1995/news0923] in the sense that Schwarz had not only been one of apartheid's most prominent opponents, but his ideas and the initiatives he had taken had played an important role in the development of the concept of a negotiated in South Africa, based on the principles of and justice.

Harry Heinz Schwarz was born to Fritz Schwarz and Alma Schwarz in , . He arrived in South Africa as a refugee from Germany in 1934. He traveled onboard the . To get to the Giulio Cesare, Harry and his family had to walk across the border into Switzerland. They then got on a train to Milan and then to Genoa. When they arrived in they stayed in one room in a house in Kloof Street.

He attended Tamboerskloof School and in Cape Town and then in Johannesburg.

He was a navigator in the South African Air Force during . He fought in North Africa and Italy. He was in 15 squadron and seconded to the RAF. In 1988 he was awarded order for Meritorious Service (Gold).

In 1946 Harry went to in Johannesburg. He argued that the National Party's victory in 1948 was reversible and anyone who opposed them should concentrate on defeating them. He was awarded a BA, with distinctions in both major subjects, and later an LLB. He studied alongside . In 1949 he was admitted as an attorney, and later as a barrister (Member of Middle Temple) in London, and, in 1953, became an advocate at the South African Bar.

In 1964 and many other political opponents were arrested. They were brought to court in the . Harry Schwarz was one of the defence barristers in the trial defending Accused No. 8 Jimmy Kantor, who was friend of his and was acquitted. While Nelson Mandela was in jail, Harry visited him. After the trial Harry stopped being a barrister so that he could concentrate on .

Leader of the opposition

On January 4 1974, Harry Schwarz met with . They agreed on a five-point 5 point plan for racial peace in South Africa. Its purpose was to provide a blueprint for by consent and racial peace in a multi-racial society, stressing opportunity for all, consultation, the federal concept, and a . This was known as the It was much closer to the Progressive Party than the United Party policy. However it was the idea of a white and black politician uniting that caused a split in the later that year.

On March 29 1974, Chief Minister of signed the ‘Seshego Declaration’ with Harry Schwarz and the United Party M.P. for Durban North aiming at peaceful change, a federal system and a stake in society for black people.

Harry Schwarz was known as the leader of the "Young Turks" in the United Party. In the 1974 general election he was elected into parliament for the United Party. In 1975 he was expelled from the United Party for signing the Mahlabatini Declaration and not following the "party line". On February 11 he formed the Reform Party, which he led. The Reform Party had four MP's, a senator and ten members of the Transvaal Provincial Council. This made it the official opposition in the Transvaal Provincial Council.

On the the Reform Party merged with the Progressive Party to form the . This proved to realign the opposition in South Africa, as the PRP became the official opposition party. Schwarz became the party's spokesman on finance and Chairman of the Federal Executive. It soon became the in which he was the party's finance spokesman, defence spokesman and Chairman of the Federal Executive. He was also a member and of the Standing Committee on . He was perceived to be on the right wing of the PFP.

Harry Schwarz was asked on many occasions by state-leaders , and to become finance minister. He refused all requests, stating that he would never join the National Party and the apartheid regime. On February 6, 1991 he ended his career in parliament. His farewell speech to parliament was entitled "Look after my people while I'm gone".

On while giving a lecture on aspects of South Africa at the to an audience of 300, a group of around 60 calling themselves the Ad Hoc Committee to Support the Just Struggle of the Azanian People interrupted the three public speeches given by Mr. Schwarz with chants of "fascists have no right to speak" and "go home". Mr Schwarz interrupted his speech to say “I had to fight the fascists in the last war and I don’t think you know what fascism means.”

During the third speech a Chinese girl stepped up to the podium and said "What about my right to hear what Mr Schwarz has to say?". Members of the audience shouted "Let him speak".

"I deplore in the strongest terms the recent disruption by a group of individuals of a lecture given on campus by Mr Harry Schwarz, a member of Parliament for the Progressive Reform Party of South Africa. The denial of the right of free speech to a visitor to the University is a total rejection of the values on which a university is founded. Without freedom of thought, freedom of enquiry and freedom of speech, a university cannot exist. These freedoms must be maintained at all costs. I would be greatly disappointed if the individuals who took part in this offensive demonstration were UBC people. Such undemocratic refusal to grant a fair hearing to any person's views is not acceptable behaviour by any member of the University."

Harry Schwarz was the first serving politician from the ranks to be appointed to a senior ambassadorial post in history. Schwarz agreed to take the job of ambassador on the terms that the National Party would not try and take his seat in .

While in office in , Harry worked on marketing the process towards democracy in South Africa and on lifting sanctions. Harry Schwarz, played a significant role in convincing many Americans that the de Klerk government was committed to ending apartheid. In 1991, after international pressure on South Africa, Harry Schwarz signed the .

Schwarz returned to South Africa in November 1994, following his three and-a-half-year tenure as South African ambassador to the United States. At an event sponsored by the South African Jewish Board of Deputies in his honor, Schwarz urged the Jewish community to make the best of the changes taking place in South Africa and to contribute actively to the success of the country.

Jewish Board of Deputies

Beginning in the mid-seventies, Schwarz played an increasingly important role on the , serving as chairman of its committee on international relations and often acting as spokesman for the board to agencies abroad. He argued that violent change could ultimately lead to a nondemocratic government, incompatible with Jewish ethics and with the interests of the Jewish community. He emphasized that Jews needed not only a democratic society for all, but also "The right to follow [their] own religion and love for freely."

"I want to abolish discrimination, not merely cosmetically but in reality."

"It is important that in the process of change, existing institutions of value and means of production are not destroyed. The fabric of society, however critical one may be of its present structures, should be adopted and modified where required, but not destroyed."

"We are opposed to the homeland concept and we believe the way to solve our problems is to call a national convention of all races to change to a more multiracial basis."

Harry Schwarz was awarded Order for Meritorious Service (Gold) in 1988. In 1995 he was awarded an , from the . That year he also received an honorary degree from the . He has also been given the Society of Advocates Prize and Transvaal Law Society Prize.

Harry Schwarz has now returned to law. His areas of legal practice are primarily corporate and commercial with special interests in banking, insurance, diplomacy and advocacy. After Harry Schwarz left Washington, he and his wife set up a charity trust called the Schwarz Upliftment Trust. In 2000 he left the Democratic Party because of its alliance with the New National Party. He lives in with his wife Annette. They have been married for 56 years with three children and four grandchildren.