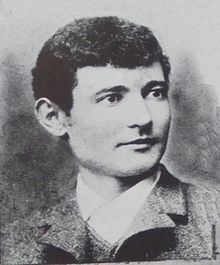 Maurice Schwartz (June 15, 1889 — May 10, 1960)[1] was a Russian-born film and theatre actor active in the United States. He was also a film director, film producer, theatrical producer, screenwriter and theatre director.

Schwartz founded the Yiddish Art Theatre in New York City, New York, and began acting and directing plays by, among others, Sholem Aleichem.

Between 1931 and 1952, he appeared in four Broadway-theatre productions in New York City, some of which he produced in addition to producing others.[2] He later appeared on stage in Israel.

Schwartz also appeared in over twenty films between 1910 and 1953; the majority were silents.[3] He also wrote, produced or directed several film productions.[3]

He is buried in the Yiddish-theatre section of the Mount Hebron Cemetery in the Queens neighborhood of Queens, a borough of New York City.