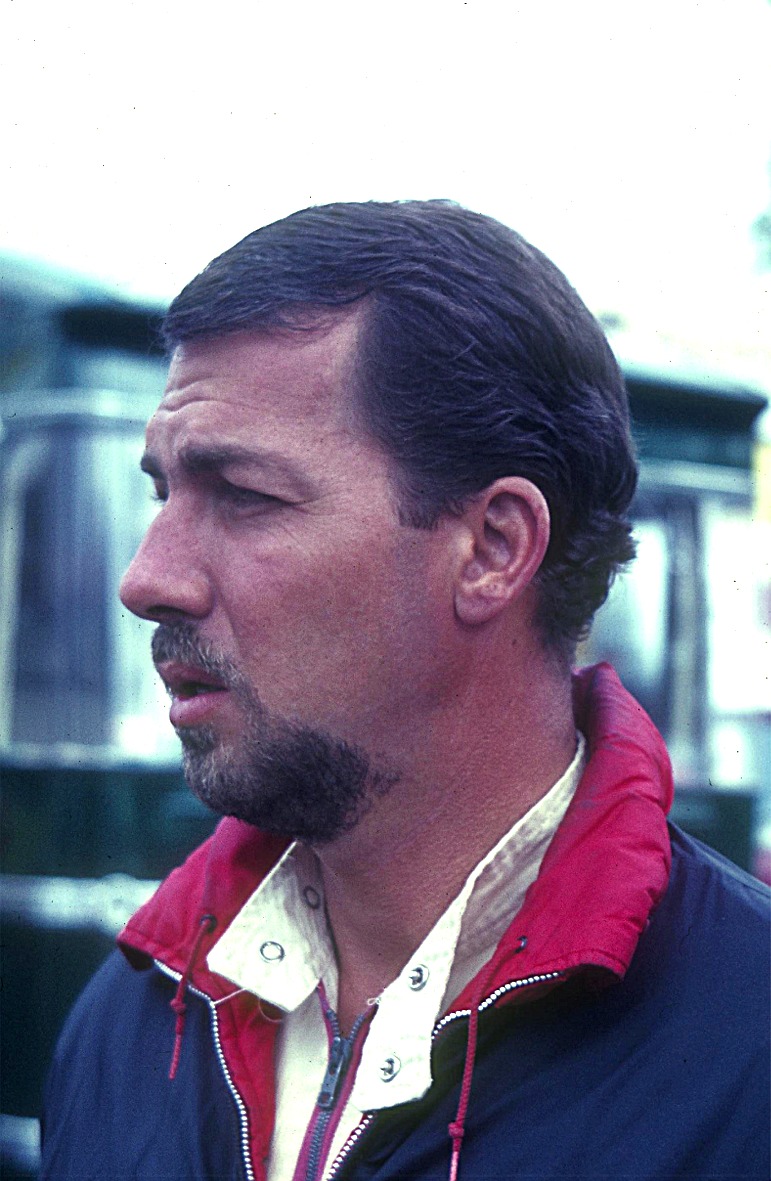 Joakim "Jo" Bonnier ( - ) was a Swedish and driver who raced for various teams.

Jo Bonnier was born in , , to the wealthy . He spoke six languages. His parents hoped that he would become a doctor. His father, Gert, was a professor of at the University of Stockholm. Many members of his large family were in the publishing business, and it was his aspiration to join them for a while. He attended for a year, studying languages. He then went to planning to learn about publishing.

Bonnier began competitive racing in Sweden at 17, on an old motorcycle. He returned home to Sweden in 1951 after his Paris trip. He took part in several rallies as the proud owner of a .

He entered Formula 1 in F1|1956 with a . Bonnier's racing career almost ended in September 1958 at a race at , near . He debuted a 1,500 Maserati and moved up through the field following a bad start. Bonnier passed and was gaining on leader at around two seconds per lap. Bonnier lost control when another car pulled directly into him while negotiating a fast corner. His Maserati struck a large rock at the edge of the road and catapulted. The other driver went underneath him as he turned over and over in the air. While he was upside down the crash hat of his competitor made contact with his. Bonnier's Maserati landed on its side before skidding 75 feet and headed into a ditch. He came to a stop there against a pole. Bonnier was thrown out. He suffered a concussion, several cracked ribs, and a broken vertebra. Nothing remained of hiscar aside from a pile of smoking junk.

His greatest achievement in F1 was taking victory for BRM in the at Zandvoort, when the notoriously unreliable car worked well for once ( and had bad crashes after brake failures). He also won the 1960 German Grand Prix with a , a race held for in preparation for the rule change of 1961. Bonnier was one of the driving forces behind the .

Despite his win for BRM, Bonnier did not drive for many works teams throughout his career, with only one-offs as a replacement driver for Lotus, and Honda. After his debut in a works Maserati, he then drove for his own "Joakim Bonnier Racing Team" and for Mimmo Dei's in the late 50s, before finding a spot in the BRM and Porsche teams.

After Porsche quit Grand Prix racing at the end of the 1962 season, Bonnier switched to , the only privateer that had scored wins in World Championship events, where he drove Coopers and Brabhams, scoring few points.

In 1966 he reformed his own team as Anglo-Suisse Racing Team (later to be renamed Ecurie Bonnier), but his interest in F1 gradually diminished. His last full season was 1968, in which he traded his old Cooper T86 for an also old . He raced occasionally in F1 until 1971.Alongside F1, Bonnier also took part in many sports car races. He won the 1960 , co-driving a works Porsche 718 with , and in 1962 took a Ferrari 250 TRI entered by to top honors in the , sharing the car with . In 1963 he was once again winner at the Targa Florio, with in another works Porsche 718.

1964 was his best year in , where he co-drove a entered by "Maranello Concessionaires" with , taking a 330P to second place in the and to a win at Montlhery, while a 12 hour race in also gave him a first place in a 250LM.

He then won the in a Chaparral in 1966 (with ), his last win in a major sports car event, but still managed to snatch victories in the minor 1000 km of Barcelona at Montjuïc in 1971 (with ), and the 4 Hours of in 1972 (with Hughes de Fierlandt). By then, he had taken to managing his team, entering several cars in events, and taking a backseat to driving. Nevertheless he was involved in an accident in Le Mans in 1972 when his Lola- T280 collided with a driven by a Swiss amateur driver Florian Vetsch. His car was catapulted into the trees and he was killed.