What Will the Neighbours Say?

What Will the Neighbours Say?

Infobox Album |
Name = What Will the Neighbours Say?
Type =
Artist = 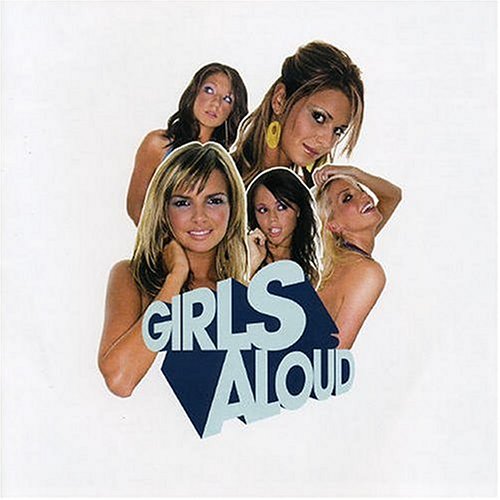 "What Will the Neighbours Say?" is the second by British all-girl pop group . It was released by on 29 November 2004 in the . The album was produced by the production team of Brian Higgins and .

"What Will the Neighbours Say?" became the group's second top ten album in the UK album charts, where it was certified platinum. [ cite web | url=http://www.bpi.co.uk/platinum/platinumright.asp?rq=search_plat&r_id=31897 | title=Certified Awards - What Will The Neighbours Say? | publisher= | date=2004-12-10| accessdate=2008-02-24 ] The album was released in select an territories in late 2004; however, it failed to generate much interest due to lack of promotion.

The album title "What Will the Neighbours Say?" comes from a lyric in the song "Love Machine". The line "What will the neighbours say this time?" refers to their debut single "," in which they sang "Neighbours banging on the bathroom wall / they're saying "pump the bass, I gotta get some more."

Upon its debut, critical reception was generally positive, with based newspaper The Guardian calling it a great pop album that is "funny, clever, immediate" and "richly inventive". [ [http://arts.guardian.co.uk/reviews/story/0,11712,1359307,00.html "The Guardian"] Review of What Will the Neighbours Say?, 26 November 2004. Retrieved 7 May 2006. ]

Song writing contributions credited to Girls Aloud are believed to correspond to the following:

Assumptions are based upon who sings most prominently in each song; in "I Say a Prayer for You", for example, Nicola Roberts is the only member to sing.

*"I'll Stand By You" is a cover of the Anglo-American, rock band, .
*"Jump" is a cover of the American, group, the . The song also appeared on the re-issue of "".
*The tracks "Deadlines & Diets" and "Here We Go" are covers of the songwriter, Miranda 'Moonbaby' Cooper. The original version of the latter was also covered by in 2003. The Moonbaby version was used as the theme song for the animated series, "".
*"Graffiti My Soul" contains a sample of the Peblab song, "It's Not the Drug" and was originally offered to .

"Jump", the lead single from the album, first appeared on the "" movie soundtrack and was also included on the re-issue of the group's debut album "" (2003). The song, a cover version of the hit, reached number two on the UK singles chart and featured a more upbeat side to group who had previously been labelled "moody" by the music media.

The second single "The Show" featured heavy dance beats and a distinctive bassline, and became a top five hit for the group in the UK and Ireland. The single was one of the first to be released on the 3" pocket CD format in Europe. The song also featured a centered around a beauty salon called "Curls Allowed", treating a selection of clueless men. It was also grafted onto their next album with a different track listing for , because "What Will the Neighbours Say?" was never released there. It became the second single after .

The fourth single, "I'll Stand By You", a cover version of the hit, became the group's second number one single release in the UK, selling 58,000 copies in its first week. The song was also the 2004 "" charity single.

"Wake Me Up", the fifth and final single release, became the first Girls Aloud single to fail to chart within in the top three in the UK, peaking at number four. In Ireland the single reached number six and became the group's eight top ten single on the Irish singles chart.

Another track, "Graffiti My Soul" was going to be the sixth single released from the album, but was cancelled because the girls wanted to start work on their third album, "Chemistry".

"What Will the Neighbours Say?" debuted at number six on the UK albums chart, and spent 2 weeks in the Top 10 and 8 weeks in the Top 40. After fifteen weeks, it descended from the top-seventy-five, and has since re-charted for a total of sixteen non-consecutive weeks.

In it debuted at number twelve, remaining in the top twenty for eight weeks.