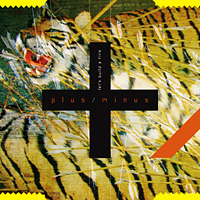 "Let's Build a Fire" is the third album released by +/-. It was first released in Taiwan by white wabbit records in November 2005 and in Japan by & records in December 2005. A revised version of the album was released by Absolutely Kosher Records in the USA in Ocotober 2006.

The influential American online publication Pitchfork [http://gerardvsbear.blogspot.com/2006/11/letter-from-absolutely-kosher-for.html ignited a controversy] in November 2006 when it reviewed the Taiwanese version of the album by mistake. The review was critical of elements of the Taiwanese version which had been changed in the subsequent US release. Once the error was drawn to the publishers' attention they quickly commissioned another journalist to review the US version of the album.

The for "Steal the Blueprints" was directed by and won Best Video at the [http://www.sdaff.org/festival/2006/ 7th Annual San Diego Asian Film Festival] .

*Also includes the video clip for "Steal the Blueprints."

* [http://www.andrecords.jp/catalog/021/ Page for the album at & Records (in Japanese)]
* [http://www.plusmin.us/discography.php +/- official discography]