If the country of origin and the country of development are different, the dog is listed in both places; for example Jack Russell Terrier is listed under both England (country of origin) and Australia (country of development). In some cases, the breed's origin overlaps the boundaries of two or more countries; the dog is normally listed only in the country with which it is most commonly associated (for example, by its designated country according to the Fédération Cynologique Internationale (FCI)). Some dogs, such as the Löwchen, have an uncertain origin and are listed under several countries.

Democratic Republic of the Congo 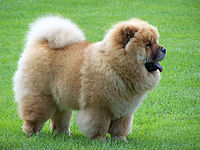 The Border Collie and Border Terrier originate in the border regions between England and Scotland: 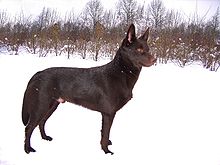