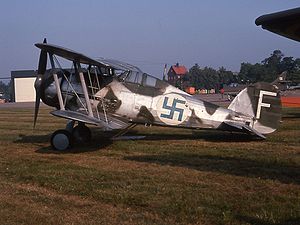 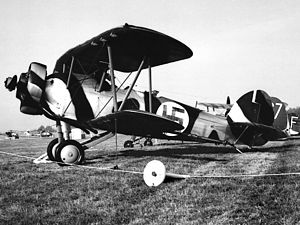 The unit made a significant contribution to the defense of Finnish Lapland, from January 7, 1940, with 12 Gloster Gladiator II fighters,[1] five Hawker Hart bombers, and eight other planes, amounting to a third of the Swedish Air Force of that time. In total, the unit destroyed twelve Soviet aircraft (eight in the air, four on the ground), and lost a total of six planes; two to enemy action and four to accidents. Three of its pilots were killed and two more were captured by Soviet forces. The captives were returned to Sweden five months after the end of the war.

The unit was equipped with 12 Gloster Gladiator Mk. Is, four Hawker Hart Mk. Is, one Raab-Katzenstein RK-26, one Waco ZQC-6, and one Junkers F 13kä.

The F 19 unit destroyed 12 enemy aircraft, and lost three Hawker Harts and three Gloster Gladiators due to various incidents, however, only one of these, a Gladiator, was lost in an air battle.