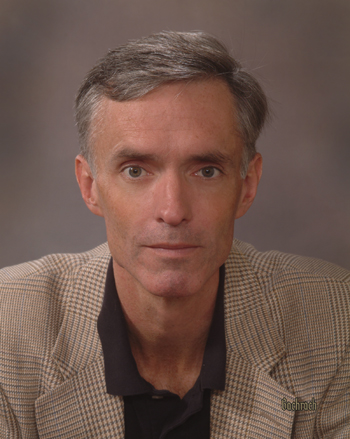 James J. Collins (, ) is an American , Professor of Biomedical Engineering at , and a (HHMI) Investigator. He is one of the founders of the emerging field of , and a pioneering researcher in , , biological dynamics and neurostimulation.

Collins' scientific accomplishments have been recognized by numerous awards. For example, in 1999, he was selected for 's inaugural TR100 - 100 young innovators who will shape the future of technology

Collins is also a gifted and committed teacher. He has won numerous teaching awards at Boston University, including the Biomedical Engineering Teacher of the Year Award, the College of Engineering Professor of the Year Award, and the Metcalf Cup and Prize for Excellence in Teaching, which is the highest teaching honor awarded by Boston University [citation | last=Brick | first=Tricia | title=Genius at Work
date=spring 2006 | newspaper=Bostonia | pages=20-25 |url=http://www.bu.edu/alumni/bostonia/2006/spring/collins/index.html | accessdate=2007-04-15] .

Collins has been involved with a number of start-up companies, and his inventions and technologies have been licensed by several biotech and medical device companies. Collins currently co-chairs the Scientific Advisory Board (SAB) of [http://www.gnsbiotech.com Gene Network Sciences] , and serves on the SAB of [http://www.codondevices.com Codon Devices] , [http://www.epitomebiosystems.com Epitome Biosystems] and Joule Biotechnologies. Additionally, he has served on the SAB of Mannkind Corporation (Nasdaq: MNKD) and Bios Group Inc.