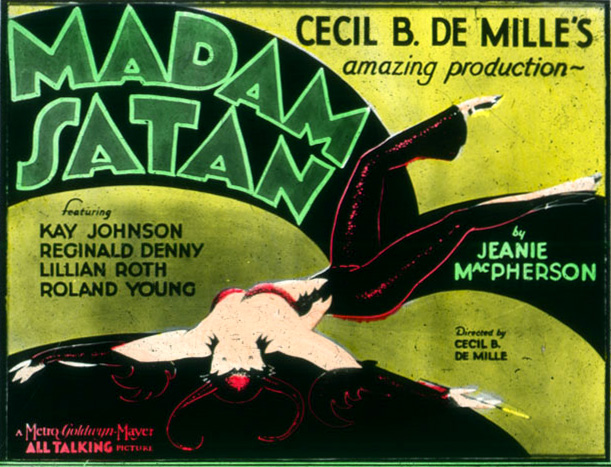 The zeppelin sequences were originally filmed in . [ Los Angeles Times: Feb 21, 1930. p. A10 ] The film, however, was released in black and white due to the backlash against musicals which made the extra expense of color superfluous. The same thing occurred with another MGM musical, "" (1930), whose color sequences were similarly released in black and white. The original color sequences to "Madam Satan" no longer exist.

Angela Brooks () discovers that her husband Bob () is cheating on her with another woman, Trixie (). Learning that her husband intends to go to a costume ball on a moored in , Angela disguises herself and attempts to "vamp" her husband. During the ball there are a number of exotic musical numbers. At the climax, a thunderstorm causes the dirigible to break lose and everyone is forced to parachute into the reservoir in Central Park.