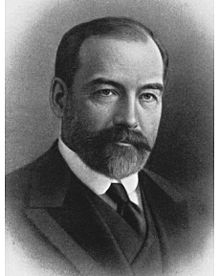 Born at Acton, Ontario, Mann studied as a Methodist minister but worked in lumber camps in Ontario and Michigan before moving to Winnipeg, Manitoba. During the 1880s he worked as a contractor under Chief Engineer James Ross, building sections of the Canadian Pacific Railway across the prairies and through the Rocky Mountains.

Partnering with William Mackenzie, Mann built railway lines in western Canada, Maine, Brazil, and China. In 1895, together with Mackenzie he began the process of purchasing and building the lines in western Canada which would later become the Canadian Northern Railway (CNoR), a system which would stretch from Vancouver Island to Cape Breton Island and form Canada's second transcontinental railway system.

Both Mann and Mackenzie were knighted in 1911 for their efforts in the Canadian railway industry; however, personal and company financial difficulties eventually resulted in the bankruptcy of the CNoR. It was nationalized by the federal government on September 6, 1918, and ultimately became part of the Canadian National Railway.

He is also known for donating the Mann Cup. The Mann Cup is the trophy awarded to the senior men's lacrosse champions of Canada. The cup is made of solid gold, and it was donated in 1910.

Mann turned to mining and died in Toronto, Ontario. Mann died in 1934 at the age of 81.