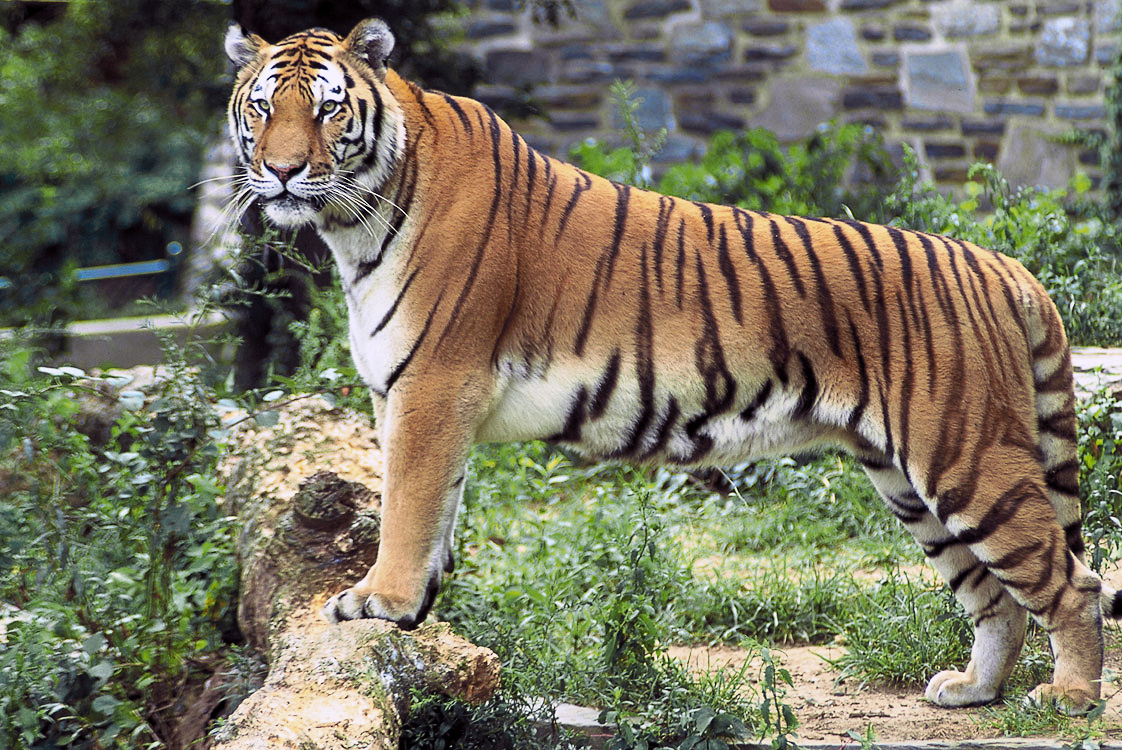 image_width = 200px
image_caption = ("Panthera tigris")
regnum = ia
phylum = Chordata
classis = ia
ordo =
subordo = Feliformia
subordo_authority = , 1945
subdivision_ranks = Families
subdivision =
* †
*
*
*
*
*
* †
* †
* †
* The Feliformia ('cat-like' carnivores, also Feloidea) are a suborder within the order and includes the 'true-cats' (large and small), , , s and related . The other suborder of Carnivora is ('dog-like' carnivores). One shared characteristic distinguishes Carnivora from all other mammals: the possession of the four teeth in the front of the jaw.

The separation of Carnivora into the broad groups of Feliforms and s is widely accepted as is the definition of Feliformia and Caniformia as suborders (sometimes superfamilies). The classification of Feliform families as part of the Feliformia suborder or under separate groupings continues to evolve.

Systematic classifications dealing with only extant taxa [#ExRefs| [1,2] include all Feliforms into the Feliformia suborder, though variations exist in the definition and grouping of families and genera. The extant families as reflected in the taxa chart at right and the discussions in this article reflect the most contemporary, and well supported, views (as at the time of writing this article).

Systematic classifications dealing with both extant and extinct taxa vary more widely. Some [#ExRefs| [4] separate the Feliforms (extant and extinct) as: Aeluroidea (superfamily) and Feliformia (suborder). Others [#ExRefs| [3] include all Feliforms (extant, extinct and 'possible ancestors') into the Feliformia suborder. Recent studies suggest this inclusion of 'possible ancestors' into Feliformia (or even Carnivora) may be spurious (Wesley-Hunt and Flynn 2005) [#ExRefs| [5] . The extinct (†) families as reflected in the taxa chart at right are the least problematic in terms of their relationship with extant Feliforms (with the most problematic being Nimravidae).

The specific characteristics of extant Feliform bullae suggest a common ancestor, though one has not been identified in the records. There are other characteristics that differentiate Feliforms from Caniforms and probably existed in their stem taxa. But due to speciation these do not apply unambiguously to all extant species.

There are six extant families, twelve subfamilies, 56 genera and 114 species in the Feliformia suborder. They range natively across all continents except and . Most species are arboreal or semi-arboreal ambush hunters. Target prey varies based on the species size and available food sources (with the larger species feeding mainly on large mammals and the smallest species feeding on s or s).

An overview of each family is provided here. For detailed taxa and descriptions of the species in each family, follow the links to other articles and external references.

Family (the 'Malagasy carnivores') includes Fossa, , and Malagasy mongooses, all of which are restricted to the island of . There are eight species in the family though variations in form are significant. These differences initially led to the species in this family sharing common names with, and being placed in the different families of, apparently more similar species on the mainland (e.g. civets and mongoose). However phylogenetic analysis of provides strong evidence that all carnivores evolved from a single common ancestor that was a herpestid (Yoder et al. 2003) [#ExRefs| [6a,6b] . Recent phylogenetic analysis supports this view and places all of the Malagasy carnivores in the family Eupleridae (Gaubert et al. 2005) [#ExRefs| [7] .The differences in form make it difficult to concisely summarise the species in this family. The range in size is as diverse as the range in form, with smaller species at less that 500 g (1 lb) and the largest species at up to 12 kg (26 lb). Some have retractile or semi-retractile claws (the Fossa and the Malagasy Civet) and others do not (the Falanouc and Malagasy mongooses). They all tend to have slender bodies and pointed rostra (except the Fossa which has a blunt snout). Diet varies with size and form of the species and, like their mainland counterparts, ranges from small mammals, insects and invertebrates through to crustaceans and molluscs.

Family (Cats, , , , etc.) are the best-known of "cat-like" carnivores. There are 39 extant species, and all but a few have retractile claws. This family is represented on all continents except Australia and the Antarctic. The species vary in size from the tiny ("Felis nigripes") at only 2 kg (4.5 lb) to the ("Panthera tigris") at 300 kg (660 lb). Diet ranges from large to small mammals, s and insects (depending on species size.)

Family (s and ) has four extant species and two subspecies. All have non-retractile claws. They are extant in the , and . Hyenas are large, powerful animals, up to 80 kg (176 lb) and represent one the most prolific large carnivores on the planet. The is much smaller at 27 kg (60 lb) and is a specialised feeder, eating mainly harvester termites.

Family (the s, kusimanses, , etc.) has 32 species. Previously, these were placed in the Viverridae family. However, Wilson and Reeder (1993) established the herpestids as morphologically and genetically distinct from viverrids. They are extant in Africa, Middle East and . All have non-retractile claws. They are smaller as a family, ranging from 1 kg (2.2 lb) to 5 kg (11 lb), and typically have long, slender bodies and short legs. Diet varies based on species size and available food sources, ranging from small mammals, birds to s, insects and s. Some species are omnivorous, including s and s in their diet.

Family () has only one species ("Nandinia binotata"), extant across . They have retractile claws and are slender-bodied, arboreal omnivores (with fruit making up much of their diet). They are relatively small with the larger males weighing up to 5 kg (11 lb).

Family (the , s, genets, Asiatic and African linsang) has 30 extant species and all have retractile claws. They are extant in Southern Europe, Africa and Asia. They range in size from 500g (1 lb) up to medium-sized carnivores at 14kg (39 lb). They have long bodies and short legs and usually have long tails (some prehensile). Diet ranges from small mammals and insects through to s and s.

In the Middle (60 million years ago), appear. Miacids were a group of taxa that are basal to Carnivora. They had Carnivora-like but lacked fully auditory bullae. Miacids were small arboreal carnivores and, based on their size (roughly that of mongooses), they probably fed on insects, small mammals and birds.

The miacids are divided into two groups: the miacines, with a full complement of molars, and the viverravines with a reduced number of molars and more specialized carnassials. These dental differences resemble the difference between Caniforms (with more teeth) and Feliforms (with fewer teeth) but this may not mean evolutionary lineages. It was thought that was basal to the Feliforms. However, recent studies suggest this is not the case (Wesley-Hunt and John J. Flynn 2005) [#Ref:5| [5] .

In the Middle (about 40 mya) the miacids started to branch into two distinct groups of the order Carnivora: the Feliforms and Caniforms. The miacid precursors to the Feliforms remained forest-dwelling, arboreal or semi-arboreal ambush hunters, while the Caniform precursors were more mobile, opportunistic hunters. While it is clear the first Feliforms appeared at this time, there is no clear common ancestor of the Feliform families in the fossil records. As forest dwellers, the early Feliforms were subject to more rapid decomposition in the absence of sedimentary materials, resulting in large gaps in the fossil records.

The diagram below presents a contemporary view of Feliform evolution and familial relationships (cladogram) overlaid onto the geological time scale. The information presented is based on fossil records and systematic classifications. For more discussion on Feliform evolution and the divergence from the Caniforms, together with additional external references on this subject, see the article on .