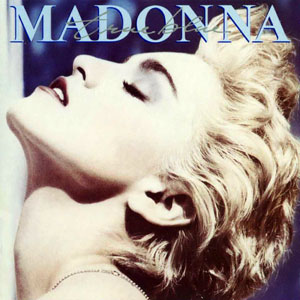 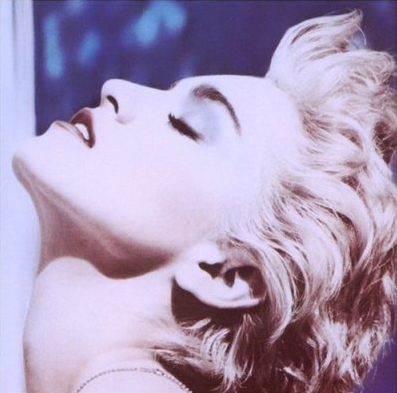 
"True Blue" is the third studio album by American singer-songwriter Madonna, released on June 30, 1986 by . On its release, it reached number one in twenty-eight countries, an achievement that "" called "totally unprecedented." The certified it Gold, Platinum & Double Platinum on September 8th 1986 and 7.00&times; Multi Platinum in February 9th 1995 [http://www.riaa.com/goldandplatinumdata.php?table=SEARCH_RESULTS] , recognizing seven million shipments in the United States - which makes it her third best-selling album there. [http://www.billboard.com/bbcom/search/google/article_display.jsp?vnu_content_id=1001015119] In 2001, Warner Bros. released a remastered version with two bonus remix tracks. Worldwide, the album has sold at least twenty-five million copies to date.

For this album, Madonna continued to collaborate with , and began to work with . Unlike "Madonna" and "," Madonna wrote or co-wrote every song on the album, although writing involvement on some songs such as "Papa Don't Preach" and "Open Your Heart" was limited to adding lyrics. She is also credited with co-producing every track. The album was recorded in late 1985 and early 1986, during the first year of Madonna's marriage to American . She dedicated the album to Penn, "the coolest guy in the universe."

The album's second single, "Papa Don't Preach," was surrounded by controversy due to its message about a young woman who tells her father that she is pregnant out of wedlock, but is going to keep her baby. Madonna's love for the Golden Age of can be seen in the tribute, "White Heat," which features a sample from the ending of the film "" (, 1949). Track four on the album, "Live to Tell," was originally recorded as the theme to the film "", and was released as a single before the album was released. Originally intended as the first single, "Love Makes the World Go Round" closes the album and was first performed at a year earlier in July 1985.

"Spotlight" was considered for inclusion on the album but was cut at the last minute. It was later released on the 1987 remix compilation "" as an extended version. The song was also released as a single in on April 25, 1988.

The album cover, shot by photographer , is one of Madonna's most recognizable pictures. It features a picture of Madonna from the neck up; the main colors in the picture are gray, white and various shades of blue to reinforce the album's title. The album cover is actually a cropped image of a longer picture including torso which was included as a poster with some releases of the album. Also, some runs of the cover image do not include the artist-title text.

Musical elements of "Open Your Heart" were included in the introduction to "Nobody's Perfect" on her 2001 Drowned World Tour, and a sample of "Where's the Party" was included in the song "" performed at her 2006 Confessions Tour.

"Jimmy, Jimmy" is the only track from the album to have never been performed live thus far in Madonna's career.

In 2001, "True Blue" was remastered and re-released with two bonus tracks, remixes of the hit singles "True Blue" and "La Isla Bonita".

"True Blue" received mixed reviews from critics. Music critics were less than impressed with the album's ending, but did praise the fact that Madonna's voice sounded stronger than it did on her previous efforts. Stephen Holden, in a review for , said that "her singing, which has been harshly criticized as a thin imitation of the sixties girl-group sound, has strengthened," [ [http://www.madonnavillage.com/work/albums/trueblue.html http://www.madonnavillage.com/work/albums/trueblue.html] "Madonnavillage.com" ] and in a "" review, Davitt Sigerson stated that Madonna was "singing better than ever."

The album's songs were called "catchy," but Sigerson in his review commented on the lack of outstanding songs. Forgetting about this comment, he later stated that "True Blue" is a "sturdy, dependable, lovable new album" which "remains faithful to her past while shamelessly rising above it." [ [http://www.rollingstone.com/reviews/album/_/id/311318/rid/6067650/ http://www.rollingstone.com/reviews/album/_/id/311318/rid/6067650/] "Rollingstone.com"]

Stephen Thomas Erlewine, in a review for , named the album as the record that made Madonna a superstar. He also calls it "one of the great dance-pop albums, a record that demonstrates Madonna's true skills as a songwriter, record-maker, provocateur, and entertainer through its wide reach, accomplishment, and sheer sense of fun." [ [http://www.allmusic.com/cg/amg.dll?p=amg&sql=10:lsjw7i3jg75r http://www.allmusic.com/cg/amg.dll?p=amg&sql=10:lsjw7i3jg75r] "Allmusic.com" ]

While Madonna's first two albums have occasionally been seen as throwaway to some, True Blue was the first to be recognized as a classic album. In his guide to Madonna, Ricky Gardiner argues that it should be considered in any album-of-the-1980s list, whilst worldwide sales make it her second biggest seller after The Immaculate Collection. It also remains her only album to date to spawn multiple number one singles in the USA ("Papa Don't Preach," "Open Your Heart," "Live To Tell"). "Where's the Party," despite not being released as a single, became a dance hit and a fan and concert favourite, and was later remixed for "".