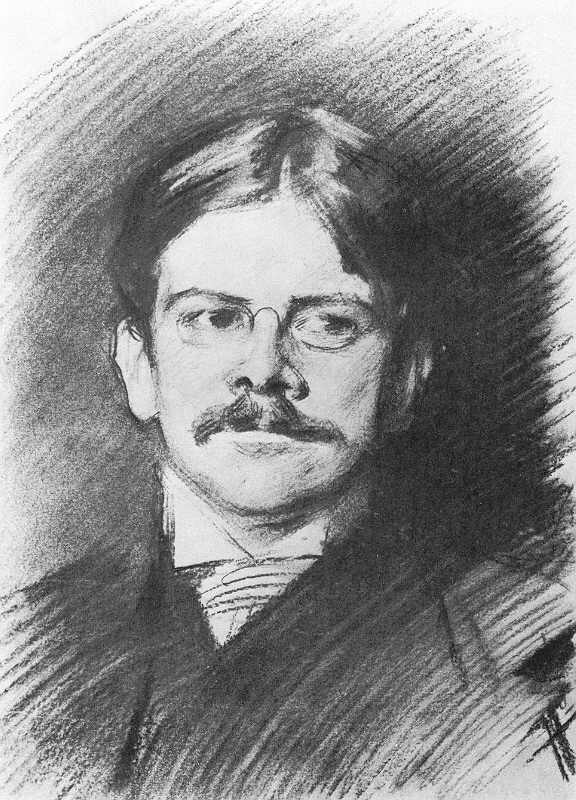 Edwin Austin Abbey (, &ndash; , ) was an American , illustrator, and painter. He flourished at the beginning of what is now referred to as the "golden age" of illustration, and is best known for his drawings and paintings of Shakespearean and Victorian subjects. His most famous work, "The Quest of the ", resides in the .

Abbey was born in in 1852. He studied art at the under Christian Schuessele. Abbey began as an illustrator, producing numerous illustrations and sketches for such magazines as and . His illustrations began appearing in at an early age: before Abbey was twenty years old. Abbey was an illustrator with from 1871-1874. He moved to in 1878 where he was made a full member of the in 1898. In 1902 he was chosen to paint the coronation of King Edward VII. It was the official painting of the occasion and, hence, resides at . In 1907 he declined an offer of knighthood in order to retain his U.S. citizenship. Friendly with other expatriate American artists, he summered at , England, where he painted and vacationed alongside at the home of .

He completed murals for the Boston Public Library in the 1890s. The frieze for the Library was titled "The Quest for the Holy Grail." It took Abbey eleven years to complete this series of murals in his England studio. In 1908-1909, Abbey painted a number of s and other artworks for the of the new in . His works in that building include medallions representing "Science", "Art", "Justice", and "Religion" in the Capitol Rotunda, large lunette murals underneath the Capitol dome, and a number of works in the House Chamber. Unfortunately, Abbey became ill with cancer in 1911 slowing his work. At the time, he was working on the "Reading of the Declaration of Independence Mural" which was later installed in the House Chamber. Abbey was so ill, that his studio assistant, Ernest Board completed the work with little supervision from Abbey. Later in 1911, Abbey died, leaving his commission for the State Capitol of Pennsylvania unfinished. , a friend and neighbor of Abbey, and studio assistant Board completed the "Reading of the Declaration of Independence Mural." Abbey's works were installed in the Rotunda and House Chamber. Two rooms from Abbey's commission were left undone, and the remainder of the commission was given to . Oakley completed the works from start to finish using her own designs.

Abbey was elected to the and . In 1937 became the home for a sizable collection of Abbey's works, the result of a bequest from Abbey's widow.