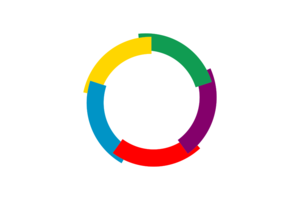 La Francophonie is an international organisation of French-speaking countries and governmentsDubious|date=August 2008 and, in French, the community of French-speaking peoples. [ [http://www.rfi.fr/lffr/articles/075/article_642.asp FRANCOPHONIE 18/03/2006] , "" ] Formally known as the "Organisation internationale de la Francophonie" (OIF) or the International Organization of La Francophonie, [ [http://www.dfait-maeci.gc.ca/foreign_policy/francophonie/francophonie_institutions-en.asp Canada in la Francophonie] ] the organisation comprises fifty-five member states and governments and thirteen observers. The prerequisite for admission is not the degree of French usage in the member countries, but a prevalent presence of French culture and in the member country's identity, usually stemming from France's interaction with other nations in its history. Few of the member states are majority French-speaking aside from France and its overseas possessions, and sub-national members. French functions in several other member states as a common language while having little current presence in the other members, being that the links are mainly historical and cultural.

French geographer , brother of , coined the word "Francophonie" in 1880 to refer to the community of people and countries using the French language. In addition to referring to the international organisation, Francophonie may also be used to reference the worldwide community of those people whose native language or second language is French (i.e., the French ""). "Francophonie" was then coined a second time by , founder of the "" movement, in the review "Esprit" in 1962, who assimilated it to . [, February 16, 2006 ] [ [http://www.rfi.fr/Fichiers/MFI/CultureSociete/1703.asp La France à l’heure de la francophonie culturelle « Saisir du français pour l’imprégner de sa singularité ! »] , ""]

The modern Francophonie was created in 1970. Its is "égalité, complémentarité, solidarité" ("equality, complementarity, and solidarity"), alluding to 's motto.Fact|date=October 2008 Started as a small club of northern French-speaking countries, it has since evolved into a global organisation whose numerous branches cooperate with its member states in the fields of culture, science, economy, justice, and peace.

Summits of the Francophonie are held every two years, at which time the leaders of the member states have an opportunity to meet and develop strategies and goals for the organisation.

The Permanent Council of the Francophonie consists of Ambassadors of the member countries, and, like the ministers' conferences, its main task is to plan future summits and also to supervise the implementation of summit decisions on a day-to-day basis.

The Intergovernmental Agency of the Francophonie is the main operator of the cultural, scientific, technical, economic and legal cooperation programs decided at the Summits. The Agency's headquarters are in Paris and it has three regional branches in , ; , ; and , .

The "Charte de la Francophonie" defines the role and missions of the organisation. The current charter was adopted in , on November 23, 2005. The last summit held in , on 26-27 November 2004 saw the adoption of a strategic framework for the period 2004-2014.

The primary mission of the organization is the promotion of the French language as an international language and the promotion of worldwide cultural and linguistic diversity in the era of economic globalisation. In this regard, countries that are members of the Francophonie have contributed largely to the adoption by the of the (October 20, 2005).

In recent years, some participating governments, notably the government of Quebec and Canada, pushed for the adoption of a Charter in order for the organisation to sanction member States that are known to have poor records when it comes to the protection of human rights and the practice of democracy. Such a measure was debated at least twice but was never approved.

The state of (the small French-speaking minority in ) is an observant member with some representation in the Francophonie, the state was formerly part of from 1680 to 1767 (the brief period of Spanish rule by , and again from 1800 to 1803 when the United States annexed Louisiana and the reminder known as the . fact