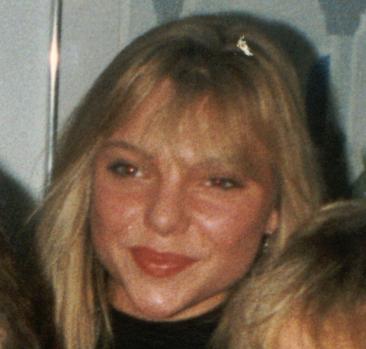 Samantha Janus (pronounced Samantha Jan-nus) (born 2 November 1972 in ) is an English actress and who is most famous for playing the role of in "", Mandy Wilkins in "Game On", and representing the United Kingdom in the .

Janus first came to prominence in 1991, when she won the annual A Song For Europe competition to represent the in the . She finished equal tenth and the song, "", peaked at number 30 on the . [ [http://www.chartstats.com/artistinfo.php?id=6269 Chartstats.com | Samantha Janus Chart discography] ]

She developed her first love of acting, but was often initially mistaken for fellow actress . Janus appeared in episodes of "" and ""; in 1993 she appeared in "Demob" alongside and ; and took to the West End stage, replacing as Sandy in "Grease."

Janus then starred in "The Grimleys" with and movie "" with . In 1998 she starred in the series "Liverpool 1" alongside her future boyfriend Mark Womack. She then returned to comedy in the ITV "Babes in the Wood". Co-starring another Sylvia Young Theatre School student, , it was critically panned despite respectable ratings, and Janus left after the first series.

In 1999 she starred as Cinderella in the Christmas pantomime, with , Alexander Armstrong, , , and many more.In 2002 she returned to TV screens in the "Strange" and after that series ended in 2003, she has had roles in the s "The Baby Juice Express" and "Dead Man's Cards".

2005 saw Samantha directing an anti-bullying for band Just 3, entitled Stand Tall. The video starred footballer and herself. The video was heavily backed by ambassador .

In 2006, Janus starred in the comedy "" as Ingrid, and as Miss Adelaide in the West End production of the musical "" at London's , initially alongside and then star . She reprised the role at the Sunderland Empire alongside in 2007.

Janus has done some semi and some naked pictures for various site and covers.

She married Italian Mauro Mantovani in 1997 and moved to Italy, but the relationship broke down and the couple divorced in 1998.

She then starred in "Liverpool 1", and quickly began dating co-star Mark Womack. They later married and had two children. [ [http://www.metro.co.uk/fame/article.html?in_article_id=77240&in_page_id=7&in_a_source= EastEnders' wife-swap? | Metro.co.uk ] ] Their son Benjamin was born in 2001 (after having him Janus took two years off to enjoy motherhood) and daughter Lily-Rose was born in 2005.

Janus and her husband are best friends with and his wife Estelle Rubio. Maslen is godfather to Janus' two children and they often go on holiday together with their children, which Janus revealed during an appearance on "" in January 2008.Fact|date=April 2008 She is also best friends with co-star , who plays her sister . [ [http://www.digitalspy.co.uk/soaps/i126523/rita-simons-and-samantha-janus.html Rita Simons and Samantha Janus - Digital Spy Soap Awards 2008 - Digital Spy ] ]

In the autumn of 2007, Maslen joined the cast of "" as the character , the brother of , who quickly takes a shine to Ronnie. This was something that both Maslen and Janus were initially uncomfortable with when they read it in the scripts, Maslen commenting in various interviews that having to kiss Janus was like having to kiss his sister. [ [http://www.digitalspy.co.uk/soaps/a86246/walford-actress-struggled-with-kissing-scene.html Soaps - News - Walford actress struggled with kissing scene - Digital Spy ] ] [ [http://www.metro.co.uk/fame/article.html?in_article_id=77240&in_page_id=7&in_a_source= EastEnders' wife-swap? | Metro.co.uk ] ]

In April 2008, several future scenes featuring Ronnie had to be scrapped after Samantha Janus broke her shoulder when she tripped and fell down the stairs at her home while rushing to get ready for work.

Since appearing on "EastEnders", she has made regular television appearances, including , , and .