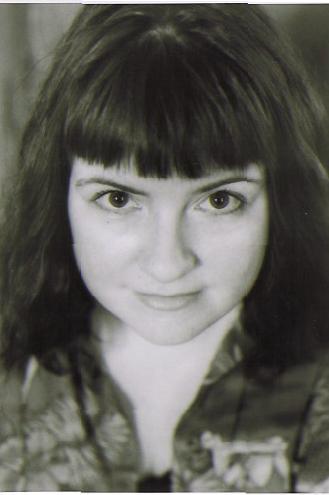 Poppy Z. Brite (born Melissa Ann Brite on , in , ) is an American author. Brite initially achieved notoriety in the genre of literature in the early 1990s after publishing a string of successful novels. Brite's recent work has moved into the related genre of , of which many are set in the New Orleans restaurant world. Brite's novels are typically standalone books that feature recurring characters from previous novels and short stories. Much of her work features openly characters.

Early in Brite's career, she was best known for writing gothic and horror novels and short stories. Her trademarks have included using gay men as main characters, graphic sexual descriptions in the works, and an often wry treatment of gruesome events. Some of her better known novels include "Lost Souls" (1992), "" (originally titled "Birdland")(1993), and "Exquisite Corpse" (1996); she has also released short fiction collections: "Swamp Foetus" (also published as "Wormwood," 1993), "" (also published as "Self-Made Man," 1998), "Wrong Things" (with , 2001), and "The Devil You Know" (2003). She has also written a biography about singer (1996) that was officially "unauthorized," but Brite tends to acknowledge that the work was done at Love's suggestion and with her cooperation.Fact|date=February 2008

In the late 1990s and early 2000s Brite has moved away from horror fiction and gothic themes while still writing about gay characters. Her critically acclaimed Liquor novels -- "Liquor" (2004), "Prime" (2005), and "Soul Kitchen" (2006) -- are dark comedies set in the New Orleans world."The Value of X" (2002) depicts the beginning of the careers of the protagonists of the Liquor series--Gary "G-Man" Stubbs and John "Rickey" Rickey; other stories, including several in her most recent collection "The Devil You Know" and the novella "D*U*C*K", chronicle events in the lives of the extended Stubbs family, a Catholic clan whose roots are sunk deep in the traditional culture of New Orleans. Brite hopes to eventually write three more novels in the Liquor series, tentatively titled "Dead Shrimp Blues," "Hurricane Stew," and "Double Shot". However, in late 2006 she severed her relationship with Three Rivers Press, the trade paperback division of Random House that published the first three Liquor novels, and is currently taking a hiatus from fiction writing. She has described "Antediluvian Tales", a short story collection to be published by Subterranean Press in November 2007, as "if not my last book ever, then my last one for some time." She is still writing short nonfiction pieces, including guest editorials for the New Orleans "" and a food article for "".

Brite has often stated that, while she will allow some of her work to be optioned for film under the right circumstances, she has little interest in movies and is not overly eager to see her work filmed. In 1999, her short story "The Sixth Sentinel" (filmed as "The Dream Sentinel") comprised one segment of episode 209 of "The Hunger," a short-lived horror anthology series on Showtime. Of all her books, only "Exquisite Corpse" is currently under option, by producer Simon Rumley.

A critical essay on Brite's fiction appears in "The Evolution of the Weird Tale" (2004) by .

Born a biological female, Brite has written and talked much about her / issues. She self-identifies almost completely as male, but makes no attempt to dress or appear male and does not expect to be referred to as "he".

She lived in and prior to returning to New Orleans in 1993. She loves and is a sometime season ticket holder for the , but she saves her greatest affection for her hometown football team, the .

Brite and husband Chris DeBarr, a chef, run a "de facto" cat rescue and have, at any given time, between 15 and 20 cats. Photos of the various felines are available on the "Cats" page of Brite's website. They have been known to have a few dogs and perhaps a snake as well in the menagerie.

During and the failure of the federal levee system in 2005, Brite at first opted to stay at home, but she eventually relocated 80 miles away to her mother's home in . She used her to update her fans regarding the situation, including the unknown status of her house and many of her pets,

In the following months, Brite has been an outspoken and sometimes harsh critic of those who are leaving New Orleans for good. She was quoted in the "" and elsewhere as saying, in reference to those considering leaving, "If you’re ever lucky enough to belong somewhere, if a place takes you in and you take it into yourself, you don't desert it just because it can kill you. There are things more valuable than life." [For text of entire speech, originally given at 2006's Banned Books Night, see Brite's [http://docbrite.livejournal.com/2006/09/25/ journal entry for September 25, 2006] .]

On August 30th, 2008, as approached the city, Brite and her partner Chris both elected to remain in New Orleans and not evacuate. They survived the ordeal unharmed and with minimal damage to their home and property.