Saudi Aramco's College Preparatory Center (CPC) is where College Preparatory Program takes place. It is a pre-requisite to entering the College Degree Program for Non Employees (CDPNE), a highly selective program run by the Saudi Arabian Oil Company, Saudi Aramco (established in 1985). CPP is an 11-months program of study at the CPC (near Industrial Training Center in Dhahran), after which students move on to universities to finish their education under the CDPNE program. 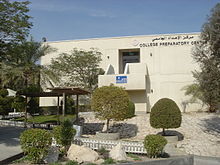 CPP Students are divided into four tracks according to their Math and English placement test:

In 2007-2008, a new track has been introduced, CH-ES (Early Startup). Students chosen for this track start the CPP earlier than regular admitted students because of their high standards in the highschool Transcript, Qiyas score, and the CPP placement test (Math and English). They have more advantages in choosing the major and the placement for universities. 36 males and 4 females were chosen in 2007 among the admitted students (255 students).

The CPP is divided into departments, headed by the Principal (Dr. Maurice Coogan) as follows :

- The requirements for applying CPC are as follows:

- The graduation requirements for CPC are as follows:

- All students who pass their first year in CPP are transferred to the CDPNE ( collage degree programme for non employee) and granted a full scholarship to one of the top overseas universities, mostly in the United States, Canada, United Kingdom, Republic of Ireland, Turkey, Netherlands and Australia with all expenses covered. Each scholar is given the opportunity to continue graduate studies up to the PhD degree, while receiving a full-time salary after working at least 5 years in the company. 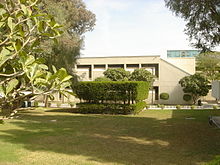 Students are allocated degree paths upon acceptance. There are around 23-degree paths for students to choose from. Most of these degrees relate to Engineering and Geosciences. These paths are:

Most of the staff who work in the CPP are from English speaking countries. The style of education instruction mimics most American universities (schools) in the United States.