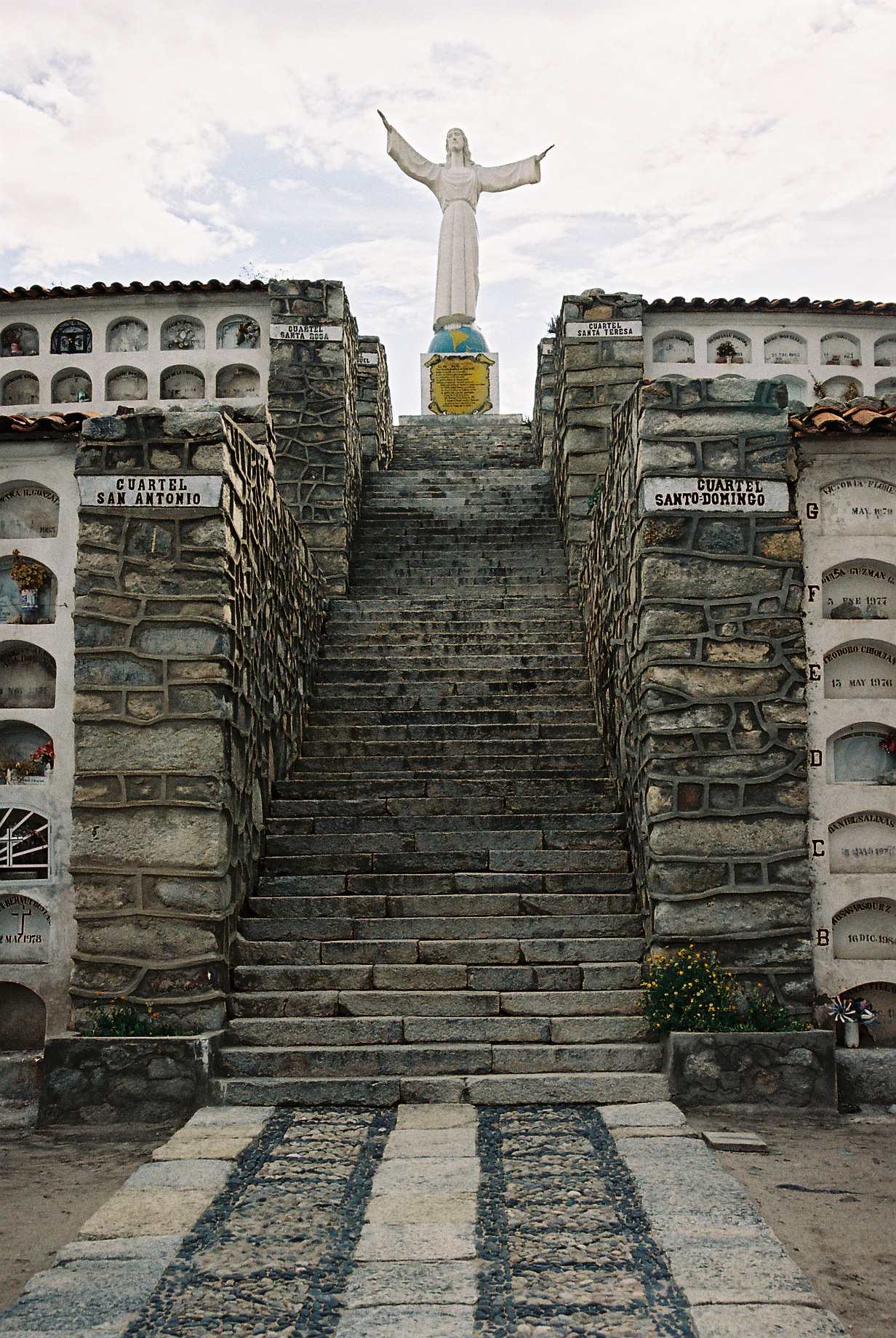 Yungay district is a district in the Province of Yungay in the , . It was created by law on , . [es icon Instituto Nacional de Estadística e Informática. " [http://desa.inei.gob.pe/mapas/bid/ Banco de Información Digital] ". Retrieved , .]

The district was struck and many towns and villages were destroyed by the earthquake and on , as can be seen from the towards the north. Huge amounts of rock and soil completely cover houses, buildings and temples of old towns like and Yungay. In Yungay alone almost 70 thousand inhabitants died and are covered by the rocks and soil.

9° 8'21.38"S, 77°44'43.88"WTowards the west, at the cemetery at the back of the hill, a big sculpture of is located. Towards the East, the snow summit of the appears. Huascarán was one of the sources of rock and snow that covered the town of Yungay in the 1970 earthquake. Continuing towards the north, in a space defended by the hills against possible new alluviums that might come from the Huascarán mountain, the new city of Yungay has been raised.

In the surroundings, the ("Sugar loaf hill") raises, where in 1839 the took place, next to the stream of the . In this place, the was concluded, after the Bolivian general Santa Cruz's forces were defeated. This battle gave the name of Ancash to this region, which was previously called Huaylas..

The zone of Yungay, that has a moderate climate, is propitious for hunting s, pidgeons, vizcachas, and ducks, as well as for the fishing of trouts.

In , a suspension bridge that crosses the is raised, with a length of 75 m. This bridge and an access road join Tingua with the communities of Shupluy, Cascapara and Ecash.