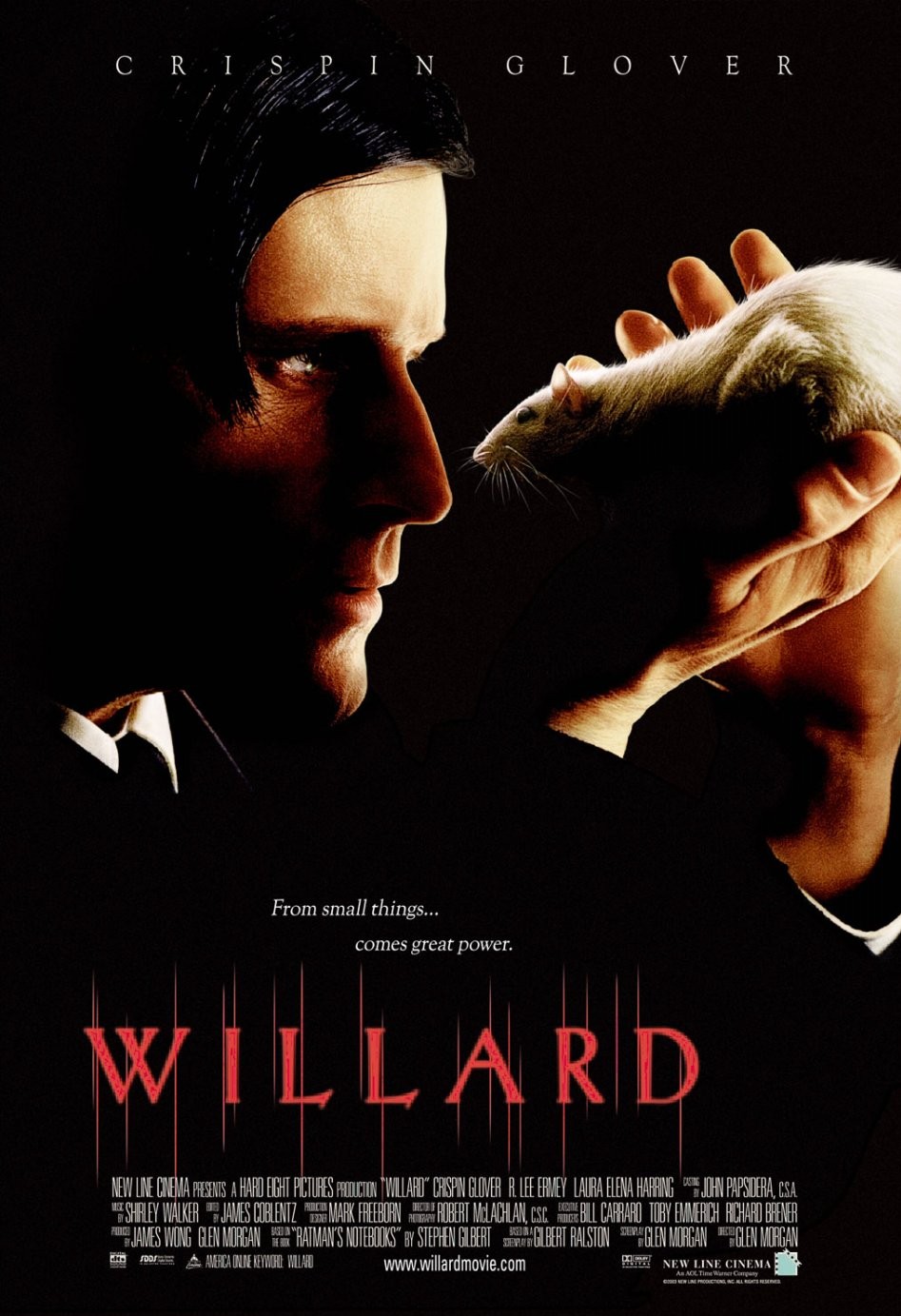 "Willard" is a 2003 loosely based on the novel "" by and a of the 1971 film of the same name. It was not billed as a remake by the producers, but as a re-working of the themes from the original, with a stronger focus on suspense. [http://www.willardmovie.com/movie_story.html Willard Official Movie Site]

Willard Stiles () is a social misfit taking care of his ill and fragile but verbally abusive mother Henrietta () in a musty old that is also home to a colony of s. Willard finds himself constantly humiliated in front of his co-workers and is eventually fired by his cruel and uncaring boss, Frank Martin (), a vicious man whose professional interest in Willard extends to a personal financial one. A co-worker Cathryn () has sympathy for the quirky Willard. Meanwhile, Willard quickly becomes obsessed with his friendship with a rat he names Socrates. Socrates has competition with a much larger rat named Ben. Nonetheless when Socrates is killed, Ben is more than willing to guide the army of basement rats to help Willard avenge himself upon his slave-driving boss, who has even more devious intentions to inflict on Willard, after firing him. Willard and his basement rats kill Frank Martin. Willard, however, mistrusts Ben and attempts to dispose of him and some rats. The rest of his animal friends are going to be gassed because Willard can't feed them anymore. But Ben and his rat army return for revenge. Willard escapes with his life and kills Ben by expressing that he only loved Socrates and he always hated Ben like the rest of the rats. But an epilogue reveals that he has retreated into a semi- state and been placed in a mental institution. There he finds a new white rat, which looks like Socrates and he believes in a rebirth of his one friend. In the end Willard says "It's not over yet, no! Time is going to come".

The framed picture of Willard's father is a picture of , who played Willard in the 1971 film of the same name.

* The original ending concludes with a pan from the outside of the house up to an illuminated opaque window of the library. After a moment, Ben's silhouette appears in the window, nursing its paw. The film then fades to black and ends.

* The extended new ending includes additional footage in the asylum. A female psychiatrist sums up her diagnosis from outside Willard's cell. Standing next to her is Mr. Garter from the bank who asks her to sign a document which puts him in charge of Willard's possessions, i.e. his house. In the cell, Willard's soothing words to his white visitor are intercut with a shot where he looks at Mr. Garter and the psychiatrist through the bull's eye of his cell door.

* Ben is played by a , a species native to Africa. In 2003, import of these animals into the United States was banned.