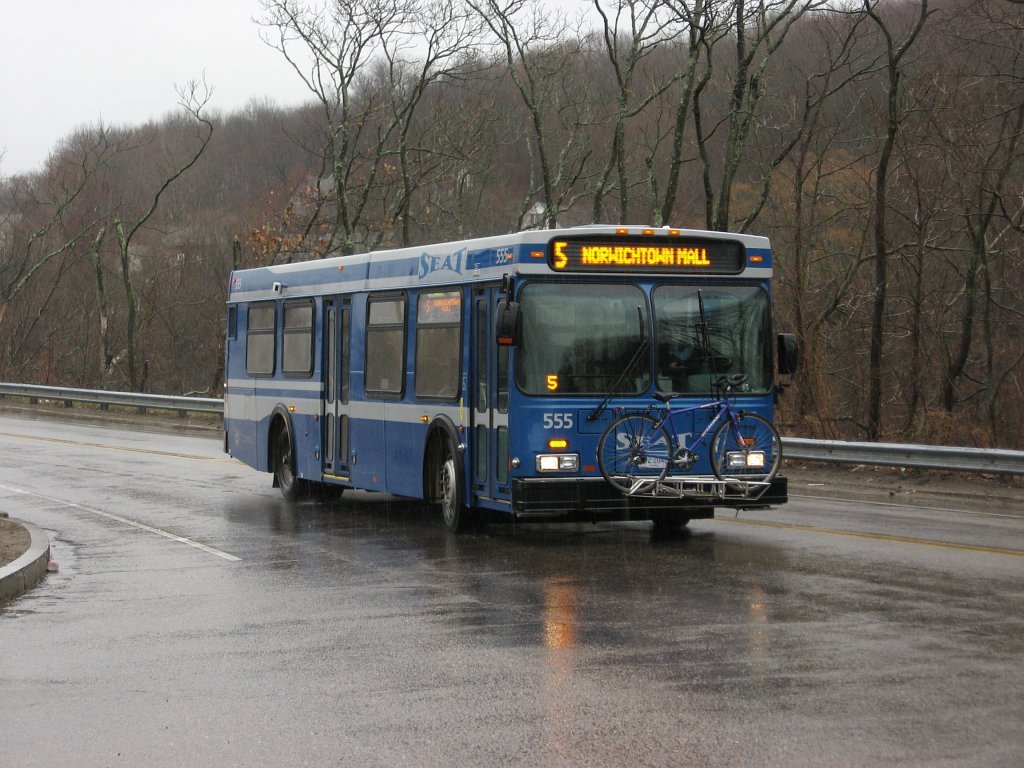 Southeast Area Transit (abbreviated to SEAT) is a provider of local bus service in eight towns and two cities in the southeastern portion of the of : East Lyme, Griswold, Groton (town and city), Ledyard, Montville, New London, Norwich, Stonington, and Waterford. Under contract to , SEAT also provides service from New London to Foxwoods.

All fares include a transfer. Local routes are one zone.

This is the current roster for SEAT as of April 2007. All buses are fully ADA compliant, are 102 inches wide, and are owned by CT Transit. [ [http://www.angelfire.com/ny5/nebuses/rosters/connDOT.html CT Transit roster as of 2004] ]