Huazhong University of Science and Technology

Huazhong University of Science and Technology

The Huazhong University of Science and Technology ("HUST"; zh-stp|s=华中科技大学|t=華中科技大學|p=Huázhōng Kējì Dàxué) is a public, al located in , province, . As a national key university, HUST is directly affiliated to the Ministry of Education of . It is considered to be one of the top 10 universities in China according to [http://edu.sina.com.cn/focus/utop.html Sina Education] , [http://learning.sohu.com/dxphb/ SOHU Learning] , and [http://www.cuaa.net/2007/ Chinese University Alumni Associations] . HUST has been referred as the flagship of China's higher education system after . HUST manages Wuhan National Laboratories for Opto-electronics (WNLO) at Wuchang, which is one of the five national laboratories in China.Infobox University
name = Huazhong University of Science & Technology 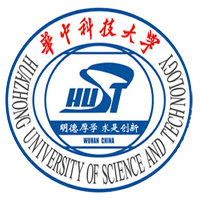 All the programs and departments at HIT were organized and formed from the programs related to electrical engineering, power engineering, electricity and mechanical engineering in , , and . HIT's first classes were held in spaces at those institutions. There were eight undergraduate programs, 314 full-time faculty members and 2,639 undergraduate students at that time. The first president is physicist Qian Zha, Dean of School of Engineering of Wuhan University. The first provost is Gancai Liu.

In 1960, HIT was evaluated to be a national key university under the direct administration of the Ministry of Education of China.

In 1971, most of the Wuhan Mechanical Institute (武汉机械学院) was merged into the institute.

Six departments were established. There were 20 undergraduate programs, 1,097 faculty members. The number of undergraduate students reached to 6,087.

Graduate students began to be enrolled in 1978, and in 1984, the institute became one of 22 universities to be approved by the State Council to establish a graduate school. By approval of the State Education Committee, the institute was renamed Huazhong University of Science and Technology (华中理工大学) in 1988.

With China's global strategy and the reform of the economy, HUST led a series of pivotal reforms among technical institutions in China. HUST is the first technical school to establish the Department of Journalism and Communication, the Department of Economics, and Department of Literature, and to host nation-wide lectures in humanities.

(General rankings provided by independent agencies or organizations, not by governmental organizations. Program rankings provided by 2007 National Research Evaluation conducted by the Ministry of Education of China) [ ***According to different methodologies used by different organizations, the rankings might not be accurate, but they reflect general academic reputation. The rankings published by a USTC-alumni-based internet company named Netbig(Wang Da) were not provided here due to people's concerns about the data's accuracy, the company's independency, the evaluation's fairness and the publisher's integrity.]

Programs [ Evaludated by Ministry of Education of China in 2006 [http://edu.sina.com.cn/focus/06xkpg/index.html /in Chinese] ]

Academic life has always been put in the first place by HUST students. As the initial mission of early HUST, HUST graduates were expected to possess the skills and abilities for becoming outstanding experts in their science fields. However, the education in arts and literature were strengthened by the school since late 80's. Chinese literature is a required course for any degrees or programs at HUST. Former president of HUST, Shuzi Yang is an ethusiastic advocate to bring courses of arts and humanities into the curriculum. His great efforts make many HUST graduates not only the experts in science, but also the leaders in their fields. In Hubei, or even south-central China, people talk about the five major universities in Wuhan like this: study at HUST, play at WHU (), love at CCNU (), die at CUG (), and be buried at HAU (). Although it's not 100% true, HUST students are always passionate about science and technology.

HUST maintains partnership with more than 90 universities all over the world, the following are parts of these universities
*－
*－
*－,
*USA－, , ,
*UK－、
*JPN－、
*KOR－、

There are four libraries at HUST: the Old Library, the Shaw Library (New Library), the Medical Library and the Architecture Library. The Old Libray and the Shaw Library are located in the center of main campus. The Old Library was designed and constructed in Soviet-Union style in 1950's. It plays a major role in book circulation and conference hosting. It also provides classrooms for audio-video teaching program and some group-study programs. The first floor of the east wing is the Center for Reader's Services, which is a branch of University Bookstore System. The Shaw Library was donated by Sir and built in 90's. It has more than 30 reading rooms, including Chinese/English social sciences reading rooms, Chinese/English natural sciences reading rooms, Chinese/English archive reading rooms and electronic journal reading rooms. It also houses a multi-media center and a major branch of Center for Computing & Networking. Medical Library is located in Tongji Medical Campus in Hankou. It provides the same services to the medical students as the libraries in main campus. The Architecture Library is on the east side of the main campus. It accommondates books and journals in architecture and urban planning. The University Libraries have a total collection of 3.49 million volumes.