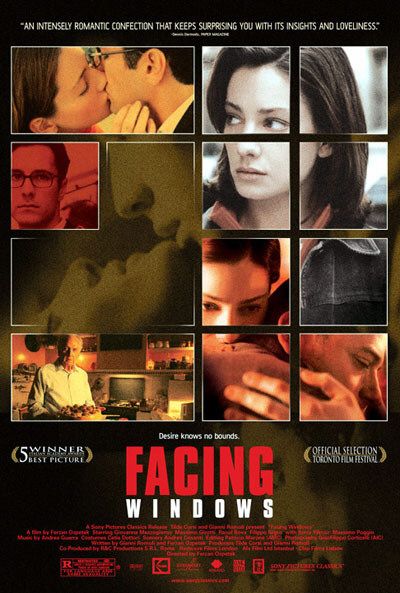 Giovanna (played by ) and her husband Filippo () have settled into life. They both have jobs that make them unhappy. She works as an . He works the graveyard shift because he is too weak to ask his boss for a daytime slot. They argue about money, sex, time and work... There is a subtle sense that this is a whose love is dwindling fast. Perhaps they are only going through the motions for the sake of their kids.

One morning, the two of them are walking home and cross paths with an elderly man (). He is suffering from , remembering nothing about himself and his current situation, although recalling random episodes from his remote past. And despite Giovanna's protests, Filippo brings him back to their home for the night so that he can take him to the police the next morning in the hopes of unraveling the mystery. As complications ensue, that one night stretches to a few days. The old man experiences strange episodes, flashbacks of sorts, that reveal clues to his mysterious past. His actions lead to a meeting between Giovanna and Lorenzo (). Lorenzo lives across the street from Giovanna and their apartment windows face each other. The sexual tension between the two is quite palpable as they have both been secretly watching and lusting after each other from their dimly lit windows.

Giovanna and Lorenzo's instant friendship swiftly moves to flirtation and then to a passionate kiss. However, Lorenzo's job is transferring him to another city very soon and Giovanna is put in an awkward spot having to make a very quick decision. Her heart tells her she should act on her feelings. Her mind tells her to be responsible. Nevertheless, the two of them puzzle over the mystery of the old man as they try to come to terms with their feelings for one another.