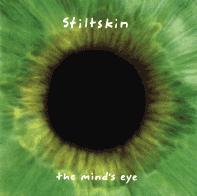 "The Mind's Eye" is the first album by the band . The album was driven by the success of the single "Inside", which reached #1 in the UK. The follow-up single "Footsteps" reached #34 in the UK charts. The album was primarily the work of main songwriter Peter Lawlor.