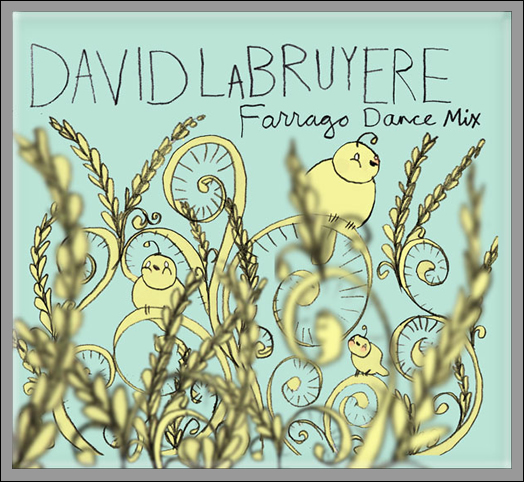 "Farrago Dance Mix" is an EP release by , recorded between 2000 and 2006 and released independently in 2007. The EP features on vocals for the song "Broken Time", and and Kristin Markiton on "A Good Night", while all other songs on the release are pieces.

In 2000, began writing and recording the EP, but due to his other commitments to touring with , his own release took a backseat. Over the following years, LaBruyere intermittently visited the studio putting little touches on his album, but not ever getting a real chance to dedicate the necessary time it would take to complete an album.

This changed in 2006 while Mayer was putting together ""; this latter album was the first of Mayer's releases that LaBruyere wasn't called upon to play bass, as Mayer had enlisted veteran bassist . With the extra time he had, LaBruyere decided to focus his energies on completing the long-shelved EP. Re-enlisting and ist John Shoffner, previously of The Morgan Rowe Band and an important member of the Atlanta music scene, LaBruyere completed the EP, and it was released in early 2007. The EP is instrumental, taking its influences from a range of styles including , , , hip hop and soul, except for the songs "Broken Time", which features Mayer as vocalist, and "A Good Night" which features Annie Clements and Kristin Markiton.

The cover artwork, which features some simple drawings of birds on wheat, was illustrated by Christine Hale.