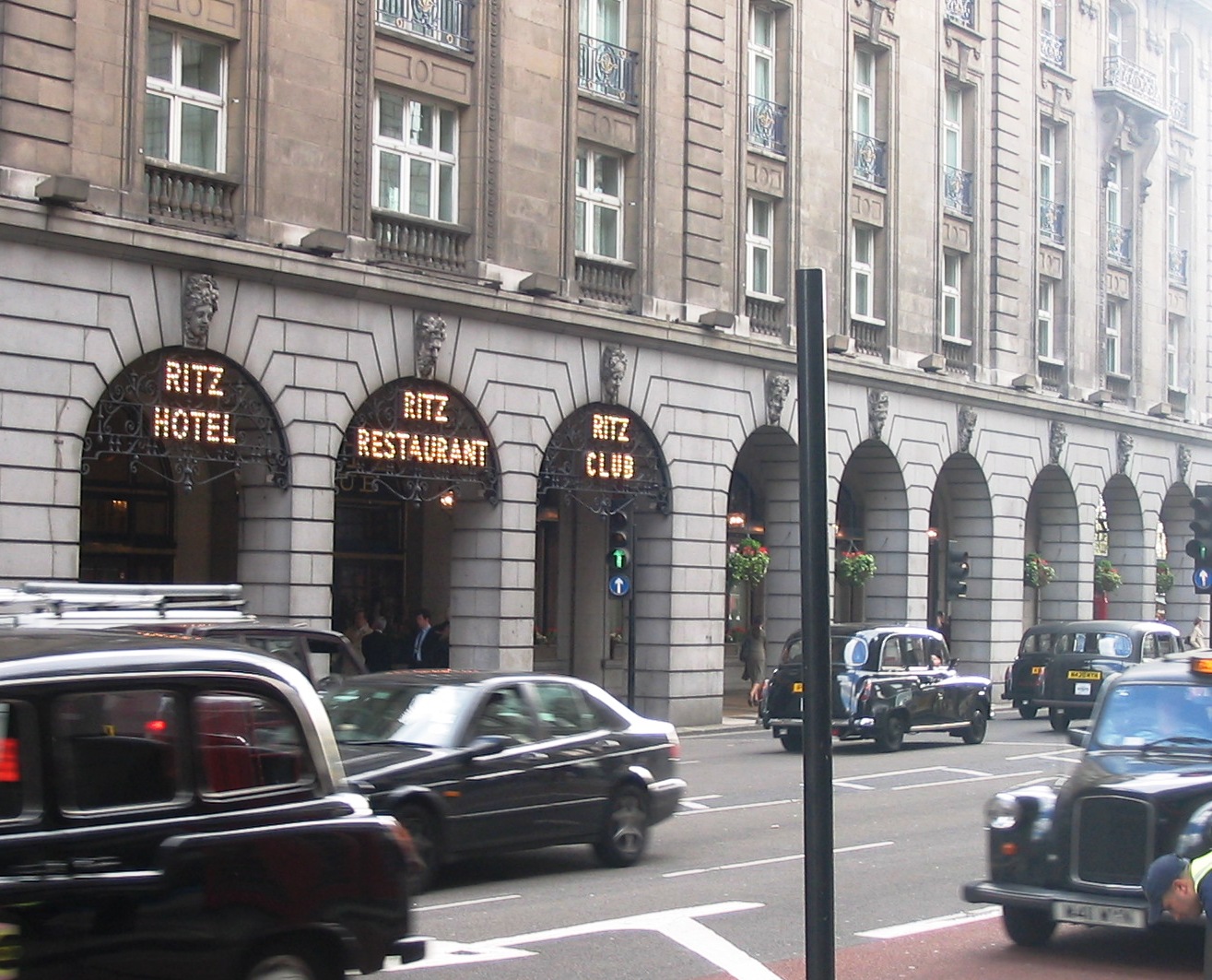 The Ritz Hotel London is a 133-room located in and overlooking in .

Famed Swiss hotelier opened the hotel on , . The building is neoclassical in the Louis XVI manner, built during the to resemble a stylish Parisian block of flats, over arcades that consciously evoked the . Its architects were , who had previously designed Ritz's , and Arthur Davis, with engineering collaboration by the Swedish engineer . It was the first substantial -frame structure in London.

Ritz personally managed much of the hotel's operation for many years. He hired world-famous chef to provide cuisine to match the opulence of the hotel's decorations; he placed a special bell in the entryway by which the doorman could notify the staff of the impending arrival of royalty. The high standards to which he held his staff and the ultimate luxury which he provided his guests had been entirely foreign to Victorian Londoners, and the sensation he caused in the hotel industry precipitated a dramatic shift in that industry's focus.

The hotel was owned for some time by the Bracewell-Smith family who also had significant stakes in the nearby . However the oil crisis in the early 1970s affected business and prompted the family to sell their stake to Trafalgar House in 1976 for £2.75m. [http://www.telegraph.co.uk/news/main.jhtml?xml=/news/2003/04/11/db1101.xml&sSheet=/opinion/2003/04/11/ixopright.html]

purchased the ailing hotel for £80 Million from Trafalgar House, in October 1995, through their company . They spent eight years and £40 Million restoring it to its former grandeur.

The Ritz's most famous facility is the Palm Court, an opulently decorated cream-colored Louis XVI setting for the world-famous institution that is "Tea at the Ritz", (though, strictly speaking, Tea at the Savoy is the original version) once frequented by King Edward VII, , Sir , , , , and Queen Elizabeth, the Queen Mother. The Rivoli Bar, built in the style, was designed in 2001 by interior designer , to look like a bar on the . A table at the Restaurant still needs to be booked weeks in advance.

The hotel has Six private dining rooms, the Suite and the rooms within William Kent House.

On around 300 people were evacuated to the nearby following a fire alarm in the hotel. No one was hurt in the blaze, which started in the basement casino kitchens extraction vents. The Ritz casino only suffered "minor damage". The blaze happened around 1420 GMT and fire-fighters were present in the building for two hours before allowing the guests and staff to return. [ [http://news.bbc.co.uk/1/hi/england/london/6305987.stm BBC NEWS | England | London | Ritz guests ordered out in fire ] ]