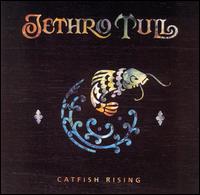 
"Catfish Rising" is an by the British rock group Jethro Tull, released in 1991. It is the first (and last) blues-oriented Tull album since 1968's "". It features a stripped-down sound in contrast with the lush, keyboards-heavy arrangements of the previous albums. This is the first Tull album to feature keyboardist albeit not on all tracks.