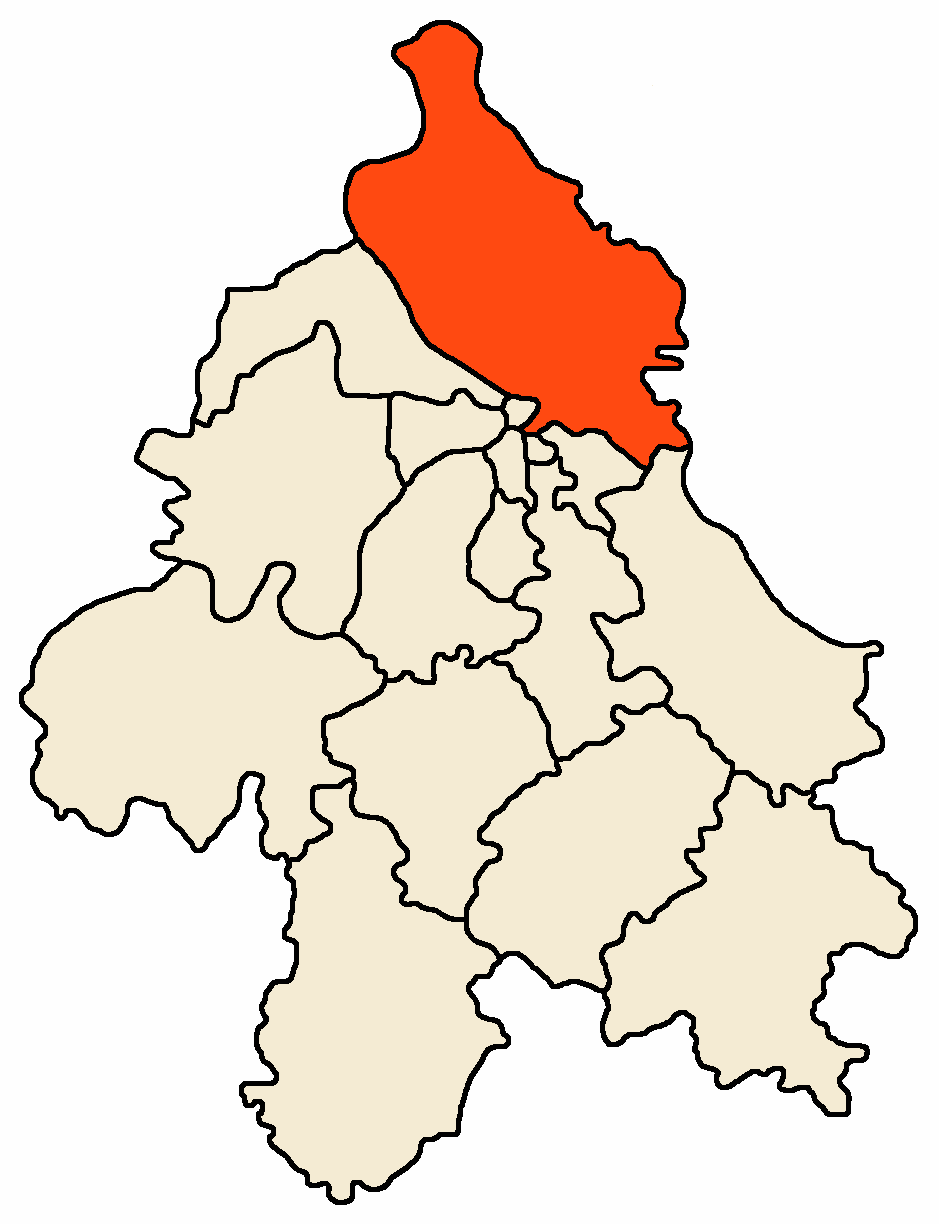 mapsize = 100px
map_caption = Location within the City of Belgrade 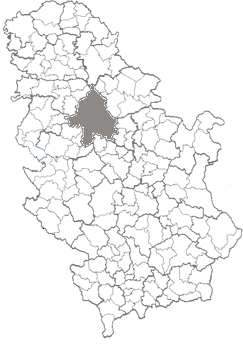 Palilula (Serbian: Палилула) is an urban neighborhood and one of 17 municipalities which constitute the City of Belgrade, the capital of . It is one of the 10 urban municipalities, but among them also one of 4 that have both urban and suburban sections. It has the largest area of all municipalities of Belgrade.

The neighborhood originates from the first half of the XVIII century, when occupied northern Serbia 1717-1739. The settlement, built as an outer suburb of Belgrade, was originally named "Karlstadt" and was well known for agriculture and craftsmanship of its inhabitants. In the early XIX century, Palilula becomes overwhelmingly populated by the . In 1840 villagers of Palilula rejected the regulatory plan of Belgrade, on basis that projected new streets would be too wide, and later even tried to split from the municipality of Belgrade because of the city government's low funding for the village. However, in the late XIX century Palilula became part of the continuously built-up area of Belgrade. The neighborhood is almost entirely residential, with lots of commercial facilities being so close to the center of Belgrade.

The name "Palilula" comes from the expression "pali lulu" which in English means "light a ". One anecdote goes back to times when Belgrade and Serbia were occupied by the and Palilula used to be the area where most crops were so Turkish rulers banned smoking due to few instances of "accidental" setting of crops on fire. In the late summer and early autumn when all crops have been picked up, smoking ban was lifted and locals were announcing this by calling neighbours and letting them know that pipes may be lit. Another explanation comes from period of prince 's rule who banned smoking in Belgrade so you could only smoke outside the city gates.

Šumadija section borders the municipalities of Stari Grad to the west, Vračar and Zvezdara to the south and to the extreme southeast. It also has a river border on the Danube to the province of (Municipality of ).

Šumadija section marks the northernmost point of Šumadija with headland piking into the Danube. The prominent features in this part are the hills of Karaburma and "Milićevo brdo", the spa of and the peninsula (formerly an island) .

Banat section is the extreme southwestern part of Banat region, known as . A km2 to mi2|400|abbr=yes large flat marshy of the Danube and Tamiš, it has been drained since 1945 but still holds many features of a swamp, including slow, meandering and flooding streams (, Mokri Sebeš, "Jojkićev Dunavac", "Dunavac", etc) and marshy bogs (Sebeš, , ). An island of is located on the Danube, and is projected starting point of the future much larger artificial island of . The spa of Ovčanska Banja is also located here. The area close to the Danube is heavily forested.

Presidents of the municipal assembly:

The motion of separating the area of former municipality of Krnjača start gaining momentum in the 2000s, this time under the name of . As procedure by the city statute provides that municipal assembly (in this case, of Palilula) needs to start the motion in the city assembly, after years of public agitation, the municipal assembly of Palilula agreed to do so in summer 2005, but it still didn't officially did so, so the organization for separation of Dunavski Venac announced it will go to the court.

The village of Čenta in the Vojvodina's municipality of Zrenjanin is located on the northern border of the municipality of Palilula. Now and then, a motions by the locals, not very vocal though, appear, asking for Čenta to be annexed to the City of Belgrade. Majority of population work on the territory of Belgrade and until recently, one regular bus line of Belgrade City public transportation was connecting Čenta to Belgrade.

According to the 2002 Census of population:

Neighborhoods of urban Palilula on the right bank of the Danube:

Industry and adjoining economic activities are located mostly along the right bank of the Danube. It includes the highy industrialized neighborhoods of Viline Vode (TEMPO cash-and-carry center, several gravel and sand extracting companies on the Danube's bank, Beograd put, Centroprom, Martez, Tehnohemija, Jugopapir, Duga, Avala cardboard factory, Balkan, eastern part of the port Belgrade and the railway station Beograd-Dunav) and Ada Huja (hangars and companies for building and construction, including a series of concrete plants and gravel and aggregates storing and treating facilities, paper and cardboard factory Avala-Ada, furniture factory Novi Dom, gravel storages of Tembo and DV Trade, etc). It also includes a series of brickworks which occupy extensive areas of the northern ridge of the Field of Višnjica (Polet, Trudbenik, Jedinstvo, Kozara, Balkan, Rekord). There is also extensive industrial zone in Krnjača and agricultural industry in Padinska Skela.

Palilula is crisscrossed by some of the major railroads in Belgrade area: "Zrenjaninski put", "Pančevački put", "Višnjička street", "Slanački put", etc. The only Belgrade's bridge over the Danube, (with railway) is located in Palilula.

Urban Palilula hosts some of the most important faculties within the : the Technical Faculty, the Faculty of Law and the Mining and Geology Faculty. Also, the building of , , Tašmajdan Park, sports and the stadium of the soccer team are located in the municipality.

The beach of Bela Stena, and spas of Višnjička Banja and Ovčanska Banja are not used or developed enough. Belgrade's largest track is located in Ada Huja. Future artificial island of on the Danube is projected as the modern entertainment park, with aqua parks, golf courses, etc.