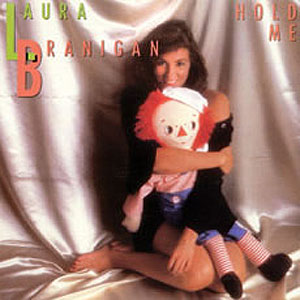 The lead single from Branigan's fourth album was "Spanish Eddie" and was her sixth top 40 hit in two and a half years, although it failed to enter the top 20. A splashy video featuring a newly-svelte Branigan was a hit on the various music video programs of the day (NBC's "Friday Night Videos," TBS' "Night Tracks" and USA's "Night Flight" among the biggest), but was snubbed by MTV. Subsequent release "Hold Me" was a top 40 dance hit and her introduction of the rock ballad "I Found Someone" (cowritten by Michael Bolton) scored even higher on the AC chart, but neither song was supported by a music video and stalled in the lower reaches of the pop charts. Despite the surprising lack of sales, the album had many of her most beloved songs, and not only did she continue to perform "Spanish Eddie" in concert sets throughout her career, but she began a lifelong tradition of closing every show with an encore of "Forever Young", the chilling ballad that was a cult hit by German band Alphaville. Ironically, the album continues to be her most sought-after today, fetching fairly high prices on auction sites, considering hundreds of thousands of copies were in the discount bins less than a year after its release.