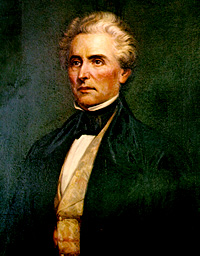 In 1833 Boyd lost his first campaign for the . In 1835 he was elected to the House and served there until 1837 when a Whig landslide cost him his seat. Boyd soon returned to the House, serving from 1839 through 1855. He was a strong supporter of President . Boyd played a key role in maneuvering the annexation of through Congress during the term of President in 1845. Boyd was also important in getting the , chiefly credited to , passed through Congress. Largely though his prominence in shepherding the to passage, Boyd was elected in 1851 and held that office until 1855.

Boyd got his party's nomination for in 1848, but had declined to run and was replaced by . His name was also put forth as a candidate for at the , but was never officially nominated, the eventual nominee being fellow Kentuckian .

Boyd was elected in 1859 but died shortly thereafter. This became significant with the onset of the Civil War. Governor , supportive of , and , became increasingly unpopular and distrusted as sought to maintain a neutral course between the Union and the . Unionists held a two-thirds majority in both houses of the in summer 1861 and frequently overrode Magoffin's vetos. By August 1862 Magoffin made it clear that he was willing to resign the governorship. However, due to Linn Boyd's death, the person next in line to become was , who was unacceptable to Magoffin. Fisk resigned as Speaker and was replaced by . Magoffin resigned; Robinson became governor and Fisk was reinstalled as .