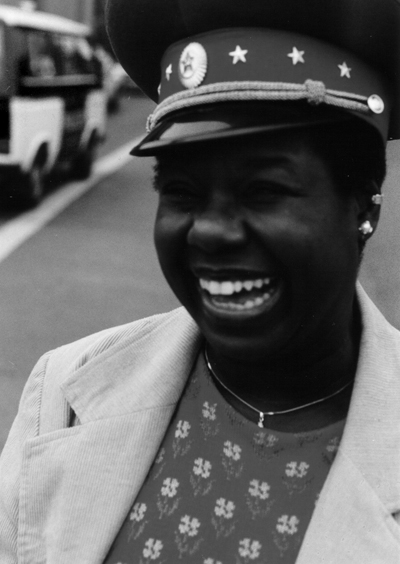 Randy Crawford (born Veronica Crawford, , in ), is an American and R&B .

Crawford first performed at club gigs from Cincinnati to , but made her name in mid 1970s in New York, where she sang with jazzmen and . Along the way she has sung with , , , and others.

She then led R&B veterans on the big hit "Street Life" (1979). This stayed atop the U.S. jazz chart for twenty weeks and has since become both a rare groove and classic. It was featured in the soundtrack for the film Sharky's Machine and appeared in commercials in the early 2000s. Her follow up solo efforts included "" (1980, Grand Prize for Tokyo International Music Festival and UK #2); "You Might Need Somebody" (1981); and "" (1981); which all became soul standards. The album, "Secret Combination" (1981) stayed on the Billboard album chart for sixty weeks, after which her profile dipped, despite a return to the Top Ten with "Almaz" in 1986.

"Naked And True" (1995) brought Crawford back to her roots: it included Benson's "Give Me The Night", and confirmed her soul heritage by featuring ists Bootsy Collins, and The Fred Wesley Horns. But she enjoyed her highest profile of the decade when rising starlet, , had a worldwide hit with her 1997 cover of "You Might Need Somebody".

Feeling Good. Up for Grammy Nomination.

Randy Crawford recorded a live session with Joe Sample on 24th July 2007 at Abbey Road Studios for Live From Abbey Road. The episode she shared with David Gilmour and Amos Lee was screened on the Sundance Channel in the USA and Channel 4 in the UK.