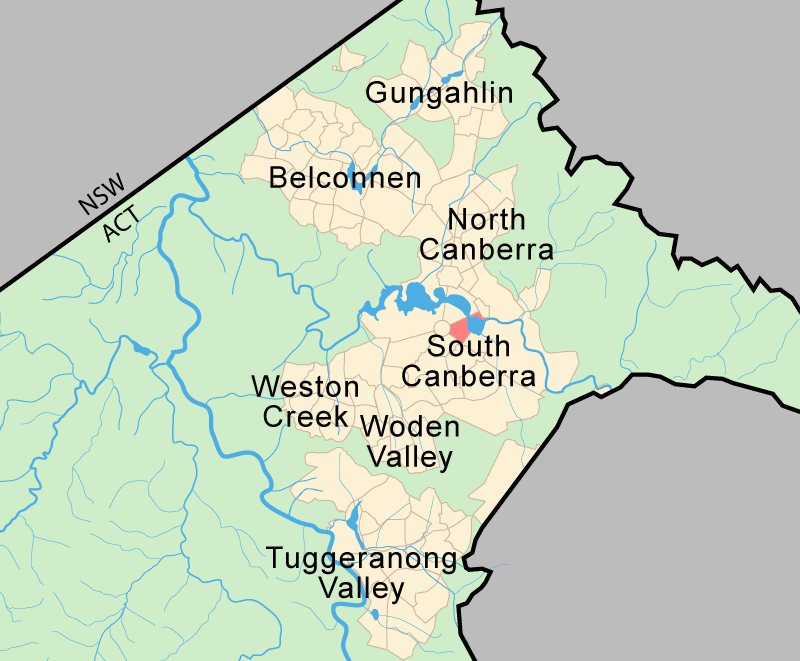 Barton is adjacent to Capital Hill. It contains the Department of The Prime Minister and Cabinet, Attorney-General's Department, Department of Foreign Affairs and Trade and several other Commonwealth government departments.

On Kings Avenue is the controversial , which was made a heritage listed building in 2005, but its modernist design has often been criticised.

The boundary of Barton runs along Telopea Park East in the south east. On the east side it surrounds the East Basin of Lake Burley Griffin. In the north east the boundary is Morshead Drive. The boundary continues along Kings Avenue all the way to State Circle. State Circle forms the boundary with Capital Hill to the west. The boundary then extends along the centre of Sydney Avenue, and finally along New South Wales Crescent back to Telopea Park.

Barton mainly contains government or national institutions and so has few commercial areas such as shops. Barton contains the ACT Hospice, named Clare Holland House and located at the east end of Lake Burley Griffin. It contains the Canberra campus of the , which is an seminary. The is located next to this. The College is on Brisbane Avenue. Telopea Park School is on New South Wales Crescent.

The Hotel Kurrajong, favoured by and the location of his death in 1951, is also located in the suburb.

Parks in Barton include Telopea Park, York Park, Bowen Park which is on the south shore of , and Grevillea Park on the north side of the lake.

A patch of Pittman Formation outcrops in the south along Canberra Ave.
Canberra Formation, calcareous is under most of the suburb. river gravels are found in the Blackall St area.