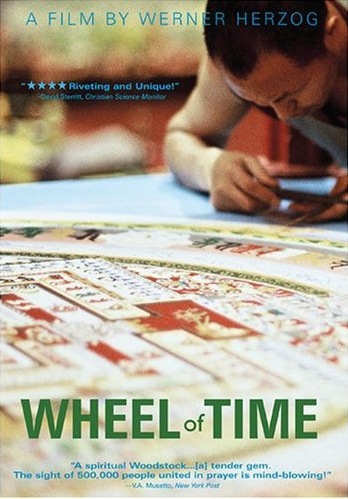 "Wheel of Time" is a 2003 by German director about . The title refers to the Kalachakra that provides a recurring image for the film.

The film documents the two Kalachakra initiations of 2002, presided over by the . The first, in India, was disrupted by the Dalai Lama's illness. Later that same year, the event was held again, this time without disruption, in . The film's first location is the Bodhgaya, the site of the and the . Herzog then turns to the at . The film then focuses on the second gathering in Graz.

Herzog includes a personal interview with the Dalai Lama, as well as Tibetan former political prisoner , who served 37 years in a Chinese prison for his support of the .