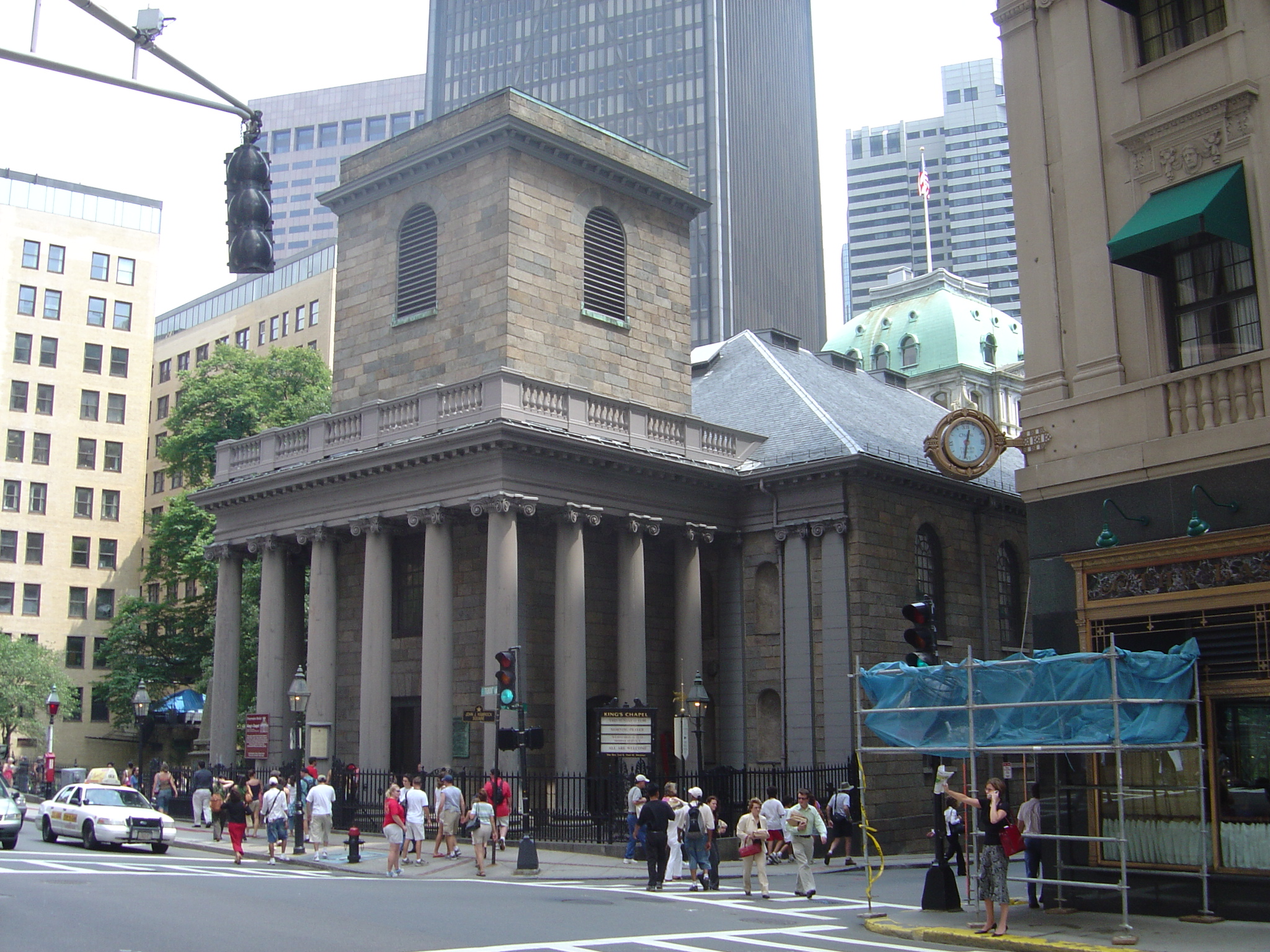 King's Chapel is a Christian Unitarian church in , located at the corner of and . Organized in , it is among the oldest member churches of the and the first Anglican church in Boston.

The original King's Chapel was a wooden church built in at the corner of Tremont and School Streets, where the church stands today. It was situated on the public burying ground since no resident would sell land for a non- church. That building was replaced by the current stone structure, begun in and completed in . The current bell, cast in , was hung in . In it cracked, was recast by , and was rehung. It has been rung at services ever since.

During the , the chapel sat vacant and was referred to as the "Stone Chapel." It was reopened in and became under the ministry of James Freeman, who revised the along Unitarian lines. Although Freeman still considered King's Chapel to be Episcopalian, the Anglican Church refused to ordain him. The church still follows its own Anglican/Unitarian hybrid today.

The at King's Chapel is the site of the graves of many historical figures. It was Boston's only burial site for 30 years, and is a stop on the .