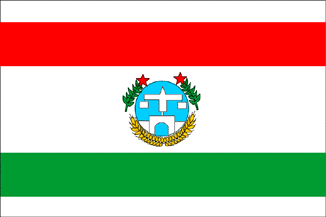 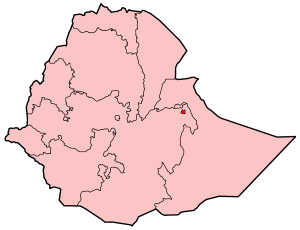 The Harari People's National Regional State is one of the nine ethnic divisions ("") of , covering the homeland of the . Formerly named Region 13, its capital is .

These estimates are based on the 1994 census, in which the region's population was reported to be 131,139 and a male to female ratio of about 1:1. At the time of the census, 76,378 lived in urban areas, while 54,761 lived in rural ones; it is the only region where the majority of its population lives in urban area.

The religious composition of the population of the region indicated that 60.3% were s, 38.2% were Orthodox Christian, 0.9% Protestant, 0.55 , and 0.1% followers of other religions. [cite web|url=http://www.ethiopar.net/English/basinfo/infohrrr.htm|title=FDRE States: Basic Information, Harrari|accessdate=2008-05-29|format=HTML|publisher=The Federal Democratic Republic of Ethiopia|archiveurl=http://web.archive.org/web/20070811044655/http://www.ethiopar.net/English/basinfo/infohrrr.htm|archivedate=2007-08-11]