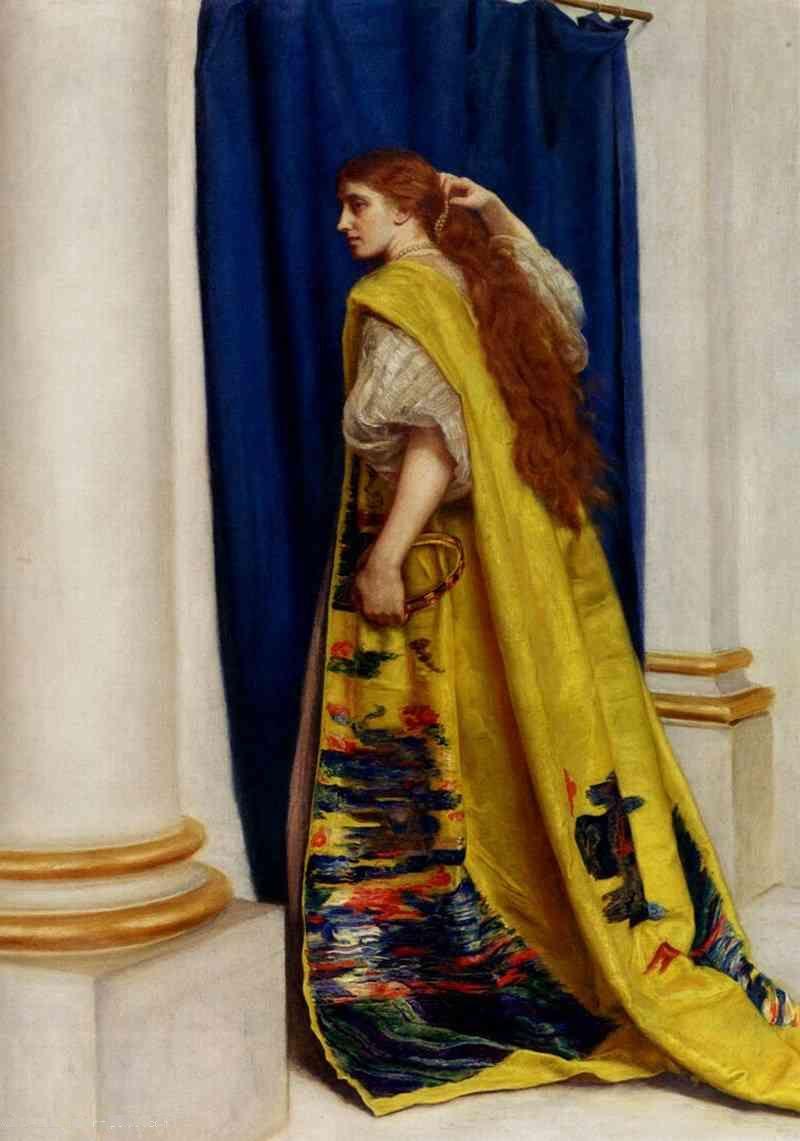 "Esther" (1865) is a painting by depicting the central character from the Biblical . It is from Millais's Aesthetic phase, when he was influenced by the work of and .

The painting depicts Esther, the Jewish wife of the Persian king , as she prepares to enter the presence of her husband. As she is uninvited, she risks death, but does so to inform him of a plot against the Jews.

Millais borrowed the Yellow Jacket, a gown given to by the Chinese emperor after his defeat of the . In order to create a culturally unspecific effect, he turned it inside out, producing the abstract patterns visible in the painting. [Millais, J.G., "The Life and Letters of John Everett Millais", vol. 1, p.384]

Millais creates a dramatic visual effect by vivid contrasts of colours, setting the deep blue of the curtain against the yellow dress and the white columns. The minimising of the narrative aspect of the scene is also in line with the Aestheticist approach of the artists he is imitating and challenging.

Esther is depicted adjusting pearls in her hair, as she prepares to place her crown on her head. This gesture is derived from paintings by , whose techniques of colouring Millais imitates, along with the modelling of the face and the characteristic "Titian blonde" hair. This also compares with the lush red locks of Millais's earlier picture "The Bridesmaid" and with some contemporary works by . Millais's biographer wrote that the painting was "the most modernly treated of Millais's early works...more consonant in its strong harmony with the audacious brilliancy of the present day [1898] than the more solid strength of forty years ago." [Speilmann, M, "Millais and his Works", Blackwoods, 1898, p.70]