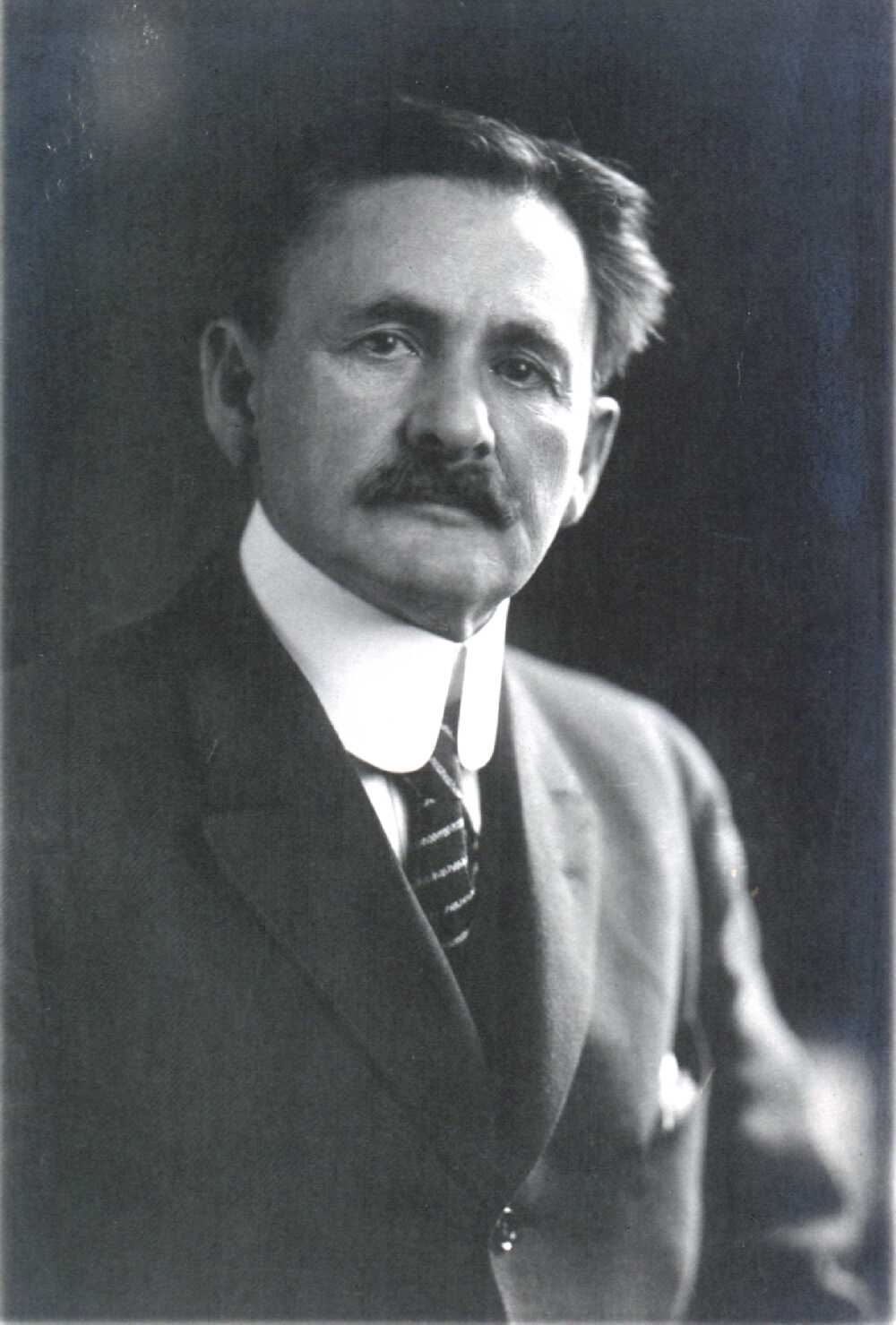 Albert Abraham Michelson (, &ndash; , ) was a Polish-American known for his work on the measurement of the and especially for the . In 1907 he received the . He became the first American to receive the in sciences.

Michelson, the son of a merchant (father) and a Polish mother, was born to a family in what is today , (then , in the ). He moved to the with his parents in 1855, when he was two years old. He grew up in the rough mining towns of Murphy's Camp, and , where his father was a merchant. He spent his high school years in in the home of his aunt, Henriette Levy (née Michelson), who was the mother of .

President awarded Michelson a special appointment to the in 1869. During his four years as a at the Academy, Michelson excelled in , and as well as drawing. After his graduation in 1873 and two years at sea, he returned to the Academy in 1875 to become an instructor in and until 1879. From 1880 to 1882, Michelson undertook postgraduate study at under and at .

Michelson was fascinated with the sciences and the problem of measuring the in particular. While at , he conducted his first experiments of the speed of light, as part of a class demonstration in 1877. After two years of studies in , he resigned from the Navy in 1881. In 1883 he accepted a position as professor of physics at the Case School of Applied Science in and concentrated on developing an improved . In 1887 he and carried out the famous which seemed to rule out the existence of the . He later moved on to use s in the measurement of stellar diameters and in measuring the separations of binary stars.

In 1889 Michelson became a professor at at and in 1892 was appointed professor and the first head of the department of physics at the newly organized .

In 1899, he married Edna Stanton and they raised one son and three daughters.

In 1907, Michelson had the honor of being the first American to receive a "for his optical precision instruments and the spectroscopic and metrological investigations carried out with their aid". He also won the in 1907, the in 1916 and the in 1923. A crater on the is named after him.

Michelson died in at the age of 78. The University of Chicago Residence Halls remembered Michelson and his achievements by dedicating [http://michelson-house.uchicago.edu Michelson House] in his honor. Case Western Reserve has also dedicated a Michelson House to him, and an academic building at the also bears his name. Michelson Laboratory at in is named after him. There is an interesting display in the publicly accessible area of the Lab of Michelson's Nobel Prize medal, the actual prize document, and examples of his diffraction gratings.

As early as 1877, while still serving as an officer in the , Michelson started planning a refinement of the rotating-mirror method of for measuring the speed of light, using improved and a longer baseline. He conducted some preliminary measurements using largely improvised equipment in 1878 about which time his work came to the attention of , director of the who was already advanced in planning his own study. Michelson published his result of 299,910±50 km/s in 1879 before joining Newcomb in to assist with his measurements there. Thus began a long professional collaboration and friendship between the two.

, with his more adequately funded project, obtained a value of 299,860±30 km/s, just at the extreme edge of consistency with Michelson's. Michelson continued to "refine" his method and in 1883 published a measurement of 299,853±60 km/s, rather closer to that of his mentor.

In 1906, a novel electrical method was used by and of the to obtain a value for the of 299,781±10 km/s. Though this result has subsequently been shown to be severely biased by the poor electrical standards in use at the time, it seems to have set a fashion for rather lower measured values.

From 1920, Michelson started planning a "definitive" measurement from the , using a baseline to Lookout Mountain, a prominent bump on the south ridge of ("Old Baldy"), some 22 miles distant.

In 1922, the began two years of painstaking measurement of the baseline using the recently available tapes. With the baseline length established in 1924, measurements were carried out over the next two years to obtain the published value of 299,796±4 km/s.

"A Geodetic Measurement of Unusually High Accuracy" by Captain C.L. Garner of this baseline survey and measurement can be found at:

Famous as the measurement is, it was beset by problems, not least of which was the haze created by the smoke from forest fires which blurred the mirror image. It is also probable that the intensively detailed work of the Geodetic Survey, with an estimated error of less than one part in 1 million, was compromised by a shift in the baseline arising from the Santa Barbara of which was an estimated magnitude of 6.3 on the Richter scale.

The period after 1927 marked the advent of new measurements of the using novel electro-optic devices, all substantially lower than Michelson's 1926 value.

Michelson sought another measurement but this time in an evacuated tube to avoid difficulties in interpreting the image owing to atmospheric effects. In 1930, he began a collaboration with and to perform a measurement in a 1.6 km tube at . Michelson died with only 36 of the 233 measurement series completed and the experiment was subsequently beset by geological instability and condensation problems before the result of 299,774±11 km/s, consistent with the prevailing electro-optic values, was published posthumously in 1935.

In 1887 he collaborated with colleague Edward Williams Morley in the . Their experiment for the expected motion of the relative to the aether, the hypothetical medium in which was supposed to travel, resulted in a . Though it may appear that did not know of the work, it gave a boost to the acceptance of the .

From 1920 and into 1921 Michelson and became the first individuals to measure the diameter of a star other than the Sun. They used an at the to measure the diameter of the super-giant star . A periscope arrangement was used to obtain a densified pupil in the interferometer, a method later investigated in detail by for use in with "Hypertelescopes". The measurement of stellar diameters and the separations of binary stars took up an increasing amount of Michelson's life after this.

In an episode of the series "" ("Look to the Stars", broadcast , ), Ben Cartwright () helps the 16-year-old Albert Abraham Michelson (portrayed by 25-year-old (1936-1986)) obtain an appointment to the , despite the opposition of the anti-semitic town schoolteacher, . "Bonanza" was set in and around , where Michelson lived with his parents prior to leaving for the Naval Academy. In the to the episode, Greene mentions Michelson's 1907 .

The home in which Michelson lived as a child in Murphys Camp, California is now a tasting room for .

Michelson House in , an undergraduate dorm at , is named after him.

Michelson House, an undergraduate residence hall at in , is named after him.