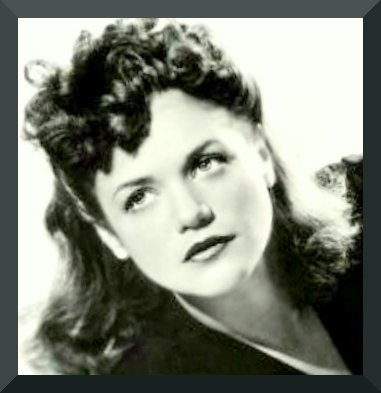 Simone Thérèse Fernande Simon ( – ) was a French actress who began her film career in 1931.

Born in , France, she was the daughter of Henri Louis Firmin, a French engineer, and Erma Maria Domenica Giorcelli, an Italian housewife. She grew up in . She went to in 1931 and worked briefly as a singer, model and fashion designer.

Simon made her screen debut in "Le Chanteur inconnu" ("The Unknown Singer", 1931), and quickly established herself as one of the country's most successful film actresses. After seeing her in the 1934 film "Lac Aux Dames" (USA title: "Ladies' Lake"), brought her to in 1936 with a widespread publicity campaign.

However her films for were only moderately successful. Among others, she was cast in the role in a remake of the beloved silent classic "Seventh Heaven", which co-starred James Stewart and flopped. She also appeared as an eager child/woman in "", which starred Gaynor, , and , a heavyweight lineup in which Simon's role left her little chance to compete effectively. Simon returned, dissatisfied, to France. There she appeared in the film "La Bête Humaine" ("The Human Beast") in 1938.

With the outbreak of she returned to Hollywood and where she achieved her greatest successes in English language cinema with "" (1941), and the horror films "Cat People" (1942) and "" (1944).

These films, however, did not lead to greater success and she languished in mediocre films until the end of the war.

She returned to France to act, and appeared in "La Ronde" ("Roundabout", 1950). Her film roles were few after this and she made her final film appearance in 1973.

She died in on , , aged 94, from natural causes. The [ [http://news.bbc.co.uk/1/hi/entertainment/film/4291269.stm] February 23, 2005 - French Actress Simone Simon dies - BBC News, UK Edition] mistakenly reported her age as 93, by using the wrong year of birth (1911). A few days later, French Minister of Culture issued a statement in which he extolled Simon's "charm, her irresistible smile. . . With Simone Simon's passing, we have lost one of the most seductive and most brilliant stars of the French cinema of the first half of the 20th century." [ [http://www.culture.gouv.fr/culture/actualites/communiq/donnedieu/ssimon.htm] Hommage à Simone Simon - French Ministry of Culture]

Simon never married. Her maid revealed that she gave a gold key to her boudoir to any man she was interested in, including . In the 1950s, she was romantically involved with the French banker Alec Weisweiller, who was one of 's patrons.

She was at one time in a relationship with WWII double-agent Dusko Popov, who was codenamed "Tricycle". [ [http://archives.cnn.com/2002/WORLD/europe/05/08/britain.agent/] UK exposes secret agent's sex life - CNN.com]