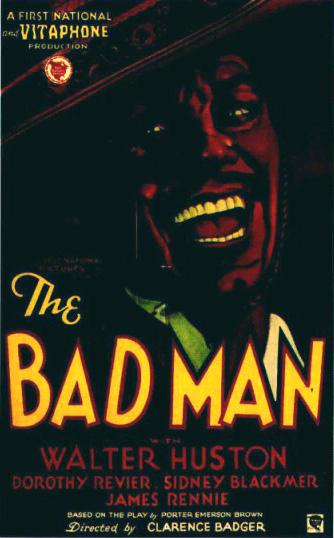 "The Bad Man" (1930) is an All-Talking western film starring which was produced and released by in 1930. The movie is based on Porter Emerson Browne's 1920 play of the same name.

An incomplete nitrate print of this film, (8 out of 9 Reels) survives in the UCLA Film and Television Archives. The entire film is in danger of being lost, however, if the film is not preserved in the near future, as the film has already begun to deteriorate.