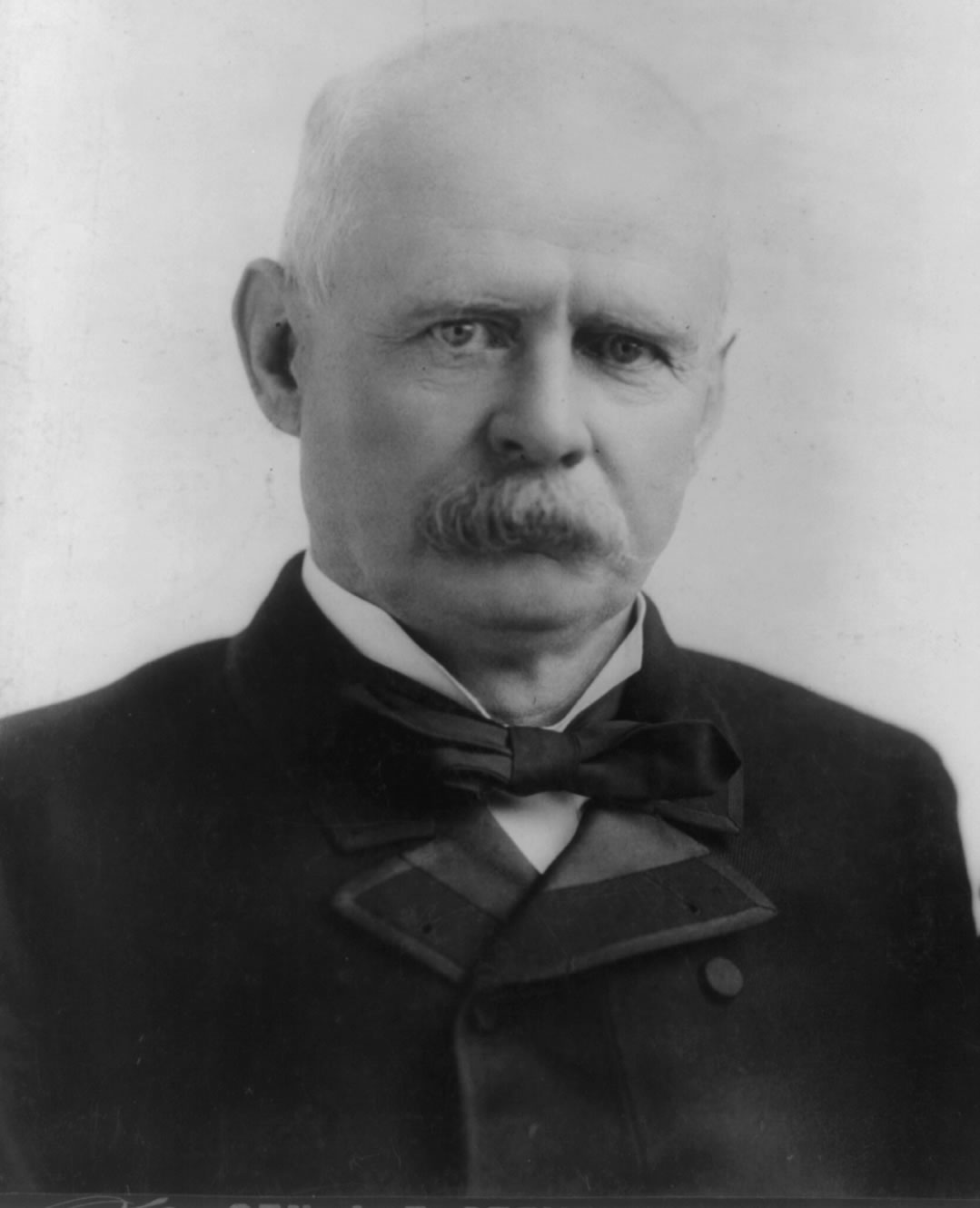 Stevenson's parents, John Turner Stevenson and Eliza Ewing Stevenson, were s of Scots-Irish descent. John Turner Stevenson's grandfather, William was born in Roxburgh, then migrated to and from around 1748, settling first in Pennsylvania and then in North Carolina in the County of Iredell where many Stevensons still reside. John Turner Stevenson and family moved to Kentucky in 1813. Stevenson was born on the family farm in . He attended the common school in . In 1852, when he was 16, frost killed the family's tobacco crop. His father set free their few slaves and the family moved to , where his father then operated a sawmill. Stevenson attended at Bloomington and ultimately graduated from , in ; at the latter he was a part of . His father's death prompted Adlai to return from Kentucky to Bloomington to run the sawmill.

Stevenson was admitted to the bar in 1858, at age 23, and commenced practice in Metamora, in . As a young lawyer, Stevenson encountered such celebrated Illinois attorneys as and , campaigning for Douglas in his 1858 Senate race against Lincoln. Stevenson also made speeches against the "" movement, a nativist group opposed to immigrants and Catholics. That stand helped cement his support in Illinois' large German and Irish communities. In a predominantly Republican area, the Democratic Stevenson won friends through his storytelling and his warm and engaging personality.

Stevenson was appointed master in chancery (an aide in a court of equity), his first public office, which he held during the Civil War. In 1864 Stevenson was a presidential elector for the Democratic ticket; he was also elected district attorney.

In 1866 he married Letitia Green, with whom he had fallen in love nine years earlier, at Centre College (her father, the Reverend Lewis Warner Green, the head of the college, had not agreed to the marriage, but he had died, and Letitia and her mother - who also opposed the marriage - had subsequently moved to Bloomington). They had three daughters and a son, . Letitia helped establish the as a way of healing the divisions between the North and South after the Civil War, and succeeded the wife of as the DAR's second president-general.

In 1868, at the end of his term as district attorney, he entered law practice with his cousin, James S. Ewing, moving with his wife back to Bloomington, settling in a large house on Franklin Square. Stevenson & Ewing would become one of the state's most prominent law firms. Ewing would later became the U.S. ambassador to Belgium.

In 1874, Stevenson was elected as a Democrat to the Forty-fourth Congress, serving from March 4, 1875 to March 4, 1877. Local Republican newspapers painted him as a "vile secessionist," but the continuing hardships from the caused voters to sweep him into office with the first Democratic congressional majority since the Civil War.

In 1876, Stevenson was an unsuccessful candidate for reelection. The Republican presidential ticket, headed by carried his district, and Stevenson was narrowly defeated, getting 49.6 percent of the vote. In 1878, he ran on both the Democratic and Greenback tickets and won, returning to a House from which one-third of his earlier colleagues had either voluntarily retired or been removed by the voters. In 1880, again a presidential election year, he once more lost narrowly, and he lost again in 1882 in his final race for Congress.

Election of Grover Cleveland in 1884 and the U.S. Post Office

Stevenson served as first assistant postmaster general under in 1885. During that time he fired over 40,000 Republican workers and replaced them with Democrats from the South. The Republican-controlled did not forget this: when Stevenson was nominated for a federal judgeship, he was defeated for confirmation by the same people who never forgot his 1885 purge.

In 1892, when the Democrats chose Cleveland once again as their standard bearer, they appeased party regulars by the nomination of Stevenson, "headsman of the post-office," for vice president. As a supporter of using greenbacks and free silver to inflate the currency and alleviate economic distress in the rural districts, Stevenson balanced the ticket headed by Cleveland, the hard-money, gold-standard supporter. The winning Cleveland-Stevenson ticket carried Illinois, although not Stevenson's home district.

Civil service reformers held out hope for the second Cleveland administration but saw Vice President Stevenson as a symbol of the . He never hesitated to feed names of Democrats to the Post Office Department. Once he called at the to protest against an appointment and was shown a letter he had written endorsing the candidate. Stevenson told the treasury officials not to pay attention to any of his written endorsements; if he really favored someone he would tell them personally.

A habitual -smoker, Cleveland developed cancer of the mouth that required immediate surgery in the summer of 1893. The president insisted that the surgery be kept secret to avoid another panic on . While on a in that summer, Cleveland had his entire removed and replaced with an artificial device, an operation that left no outward scar. The cancer surgery remained secret for another quarter century. Cleveland's aides explained that he had merely had dental work. His vice president little realized how close he came to the presidency that summer.

Adlai Stevenson enjoyed his role as vice president, presiding over the U.S. Senate, "the most august legislative assembly known to men." He won praise for ruling in a dignified, nonpartisan manner. In personal appearance he stood six feet tall and was "of fine personal bearing and uniformly courteous to all." Although he was often a guest at the White House, Stevenson admitted that he was less an adviser to the president than "the neighbor to his counsels." He credited the President with being "courteous at all times" but noted that "no guards were necessary to the preservation of his dignity. No one would have thought of undue familiarity." For his part, President Cleveland snorted that the Vice President had surrounded himself with a coterie of free-silver men dubbed the "Stevenson cabinet." The president even mused that the economy had gotten so bad and the Democratic party so divided that "the logical thing for me to do ... was to resign and hand the Executive branch to Mr. Stevenson," joking that he would try to get his friends jobs in Stevenson's new cabinet.

Stevenson was mentioned as a candidate to succeed Cleveland in 1896. Although he chaired the Illinois delegation to the Democratic National Convention, he gained little support. Stevenson, 60 years old, received a smattering of votes, but the convention was taken by storm by a thirty-six-year-old former representative from Nebraska, , who delivered his fiery "Cross of Gold" speech in favor of a free-silver plank in the platform. Not only did the Democrats repudiate Cleveland by embracing free silver, but they also nominated Bryan for president. Many Cleveland Democrats, including most Democratic newspapers, refused to support Bryan, but Vice President Stevenson loyally endorsed the ticket.

After the 1896 election, Bryan became the titular leader of the Democrats and frontrunner for the nomination in 1900. Much of the newspaper speculation about who would run as the party's vice-presidential candidate centered on Indiana Senator . When reporter interviewed Shively at the convention, the senator said he "did not want the glory of a defeat as a vice presidential candidate." Disappointed, Dunn said that he still had to file a story on the vice-presidential nomination, and then added: "I believe I'll write a piece about old Uncle Adlai." Shively responded:That's a good idea. Stevenson is just the man. There you have it. Uniting the old Cleveland element with the new Bryan Democracy. You've got enough for one story. But say, this is more than a joke. Stevenson is just the man. For the rest of the day, Dunn heard other favorable remarks about Stevenson, and by that night the former vice president was the leading contender, since no one else was "very anxious to be the tail of what they considered was a ticket."Fact|date=December 2007

The Populists had already nominated the ticket of Bryan and , a pro-silver Republican from , with the tacit understanding that Towne would step aside if the Democrats nominated someone else. Bryan preferred his good friend Towne, but Democrats wanted one of their own, and the regular element of the party felt comfortable with Stevenson. Towne withdrew and campaigned for Bryan and Stevenson. As a result, Stevenson, who had run with Cleveland in 1892, now ran in 1900 with Cleveland's opponent Bryan. Twenty-five years senior to Bryan, Stevenson added age and experience to the ticket. Nevertheless, their effort failed badly against the Republican ticket of McKinley and Roosevelt. (Stevenson's role in the race is perhaps more distinguished by his being the first Vice President to win nomination for that office by his party, after having completed his first term. As of 2008, Republican 's failure to win a second VP term in 1916 is the only example since.)

After the 1900 election, Stevenson returned again to private practice in Illinois. He made one last attempt at office in a race for in 1908, at age 72, narrowly losing. After that, he retired to Bloomington, where his Republican neighbors described him as "windy but amusing." He died in Chicago on June 14, 1914. His body is interred in a family plot in Evergreen Cemetery, .