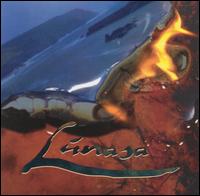 "Lúnasa" is an album by Lúnasa that was released twice, first in 1999 on their own label, and again in 2001 on . It is the band's first major release. The piping on the album was done by John McSherry, as Cillian Vallely was not part of the group at the time.

The first eleven tracks are the names of the months in the . 'Lúnasa', the word for August, was omitted.