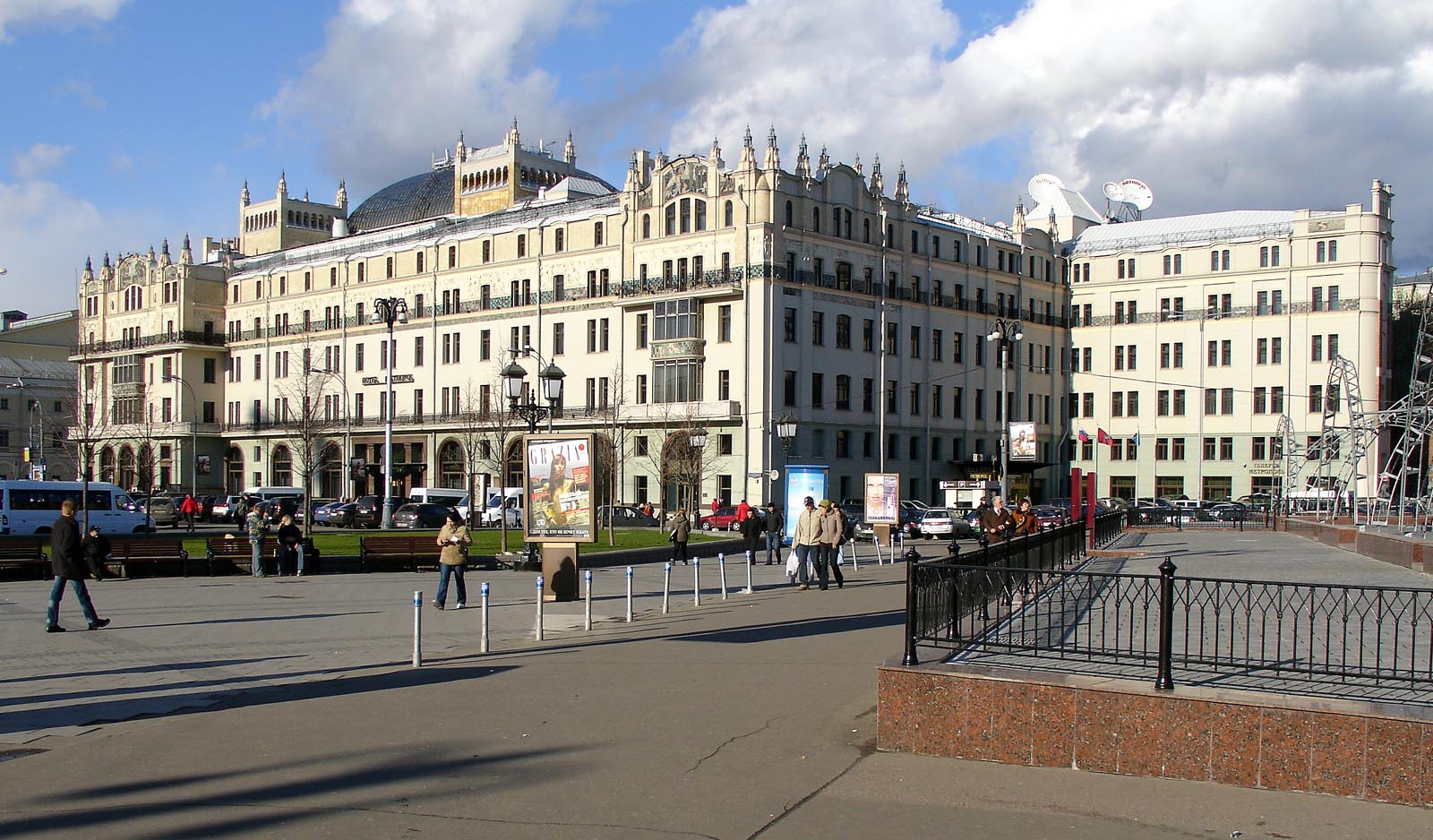 Hotel Metropol (Russian:Метрополь) is a historical hotel in the center of , , built in 1899-1907 in style. It is notable as the largest extant Moscow hotel built before the , and for the unique collaboration of architects (, , ) and artists (, , ).

In 1898, and Petersburg Insurance consolidated a large lot of land around the former Chelyshev Hotel. Mamontov, manager and sponsor of , intended to redevelop the area into a large cultural center built around an hall. In 1898, professional jury of an open contest awarded the job to , however, Mamontov intervened and assigned it to English architect , who proposed a refined draft codenamed "A Lady's Head" (implying the female head ornament repeating in s over arched windows). Mamontov eventually hired Kekushev as a construction manager. Soon, Savva Mamontov was jailed for fraud and the project was taken over by Petersburg Insurance, omitting the original plans for opera hall.

In 1901, the topped-out shell burnt down and had to be rebuilt from scratch in reinforced concrete. Kekushev and Walcot hired a constellation of first-rate artists, notably for "Princess of Dreams" mosaic panel, for smaller ceramic panels and for plaster s. The hotel was completed in 1907. However, it is nowhere near Walcot's original design (Brumfiels, fig.56, compare to actual, fig.59-60).

A notable feature of "Metropol" is "its lack of any reference to the orders of architecture ... a structural mass shaped without reference to illusionistic systems of support" (Brumfield). Rectangular bulk of Metropol is self-sufficient, it needs no supporting columns. Instead, "Texture and material played a dominant expressive role, exemplified at the Metropole by the progression from an arcade with stone facing on the ground floor to inset windows without decorative frames on the upper floors" (Brumfield).

In 1918, the hotel was nationalized by administration, renamed "Second House of Soviets" and housed living quarters and offices of growing . Eventually, in 1930s it was converted to its original hotel function and went through a major restoration in 1986-1991 by Finnish companies as part of Soviet-Finnish . [ [http://helecon3.hkkk.fi/FI/yrityspalvelin/pdf/1996/fyit.pdf YIT - Vuosikertomus 1996] - page 40 fi icon] Today, "Metropol" has 365 rooms, and each is different in shape or decoration.