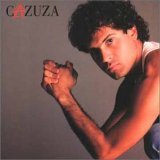 Son of the phonographic producer João Araújo and the amateur singer Maria Lúcia Araújo, Cazuza always had close contact with music. Influenced since early childhood by the strong values of Brazilian music, he had a special preference for the sad, dramatic overtones of , , Dolores Durán, and Maysa. He began to write lyrics and poems around 1965. In late 1974, a vacation in , England, acquainted him with the music of , , and the , and he soon became a great fan. Cazuza enrolled in college in 1978, but abandoned the course of three weeks later to work with his father at Som Livre. He moved later to , where he came in contact with beat literature, becoming highly influenced by it.

In 1980 he returned to Rio, where he worked with the theatrical group "Asdrúbal Trouxe o Trombone" (Asdrúbal Brought the Trombone). There he was noticed by the novice singer/composer Leo Jayme, who introduced him to a beginning rock band that needed a vocalist, the . With this very successful eighties band, who had their greatest success with "Bete Balanço", a song that was part of the soundtrack of a film, Cazuza began his career as a singer. In 1985, Cazuza took part in with "", and around this time, claimed he was the greatest Brazilian poet of his generation. It was also in this same year that Cazuza was infected with the virus, precipitating his desire to leave the band in order to obtain a greater freedom in composition and expression, both musically and lyrically.

After he left the band, Cazuza's music began to diversify, incorporating elements of the in songs such as "Blues da Piedade" (Blues of Compassion), "Só as mães são felizes" (Only Mothers Are Happy) and "Balada da Esplanada" (Ballad of the Esplanade), which was based on a poem of the same name by , showcasing increasingly intimate lyrics, like those in "Só se for a Dois" (Only If It Will Be Two), as well as opening itself up to influences from Brazilian pop music with interpretations of Cartola's "O Mundo é um Moinho", Raul Seixas's "Cavalos Calados" (Silent Horses) and Caetano Veloso's "Esse Cara" (This Guy).

Contrary to what usually happens once an artist leaves a band that has made them famous, Cazuza's solo career proved to be more successful than that of his former group. "Exagerado" (Exaggerated), "O Tempo não Pára" (Time Doesn't Stop), and "Ideologia" (Ideology) were his greatest hits and proved to be a great influence on subsequent Brazilian musicians.

In 1989, he admitted publicly for the first time that he had and released his last album: "Burguesia". Cazuza was openly but was not active in the gay movement. However his openness about being a person with AIDS helped to change public perceptions and attitudes about HIV/AIDS prevention and treatment.

Cazuza died in Rio de Janeiro on , at the age of 32 from an AIDS related illness. He was buried at the Cemitério São João Batista Botafogo, in Rio de Janeiro [ [http://www.findagrave.com/cgi-bin/fg.cgi?page=gr&GRid=13347994 FindAGrave.com burial site] ] . Cazuza's mother set up the ("Sociedade Viva Cazuza"), a charity which sponsors and provides a home for children

In 2004 a biopic film directed by Sandra Werneck called was released.