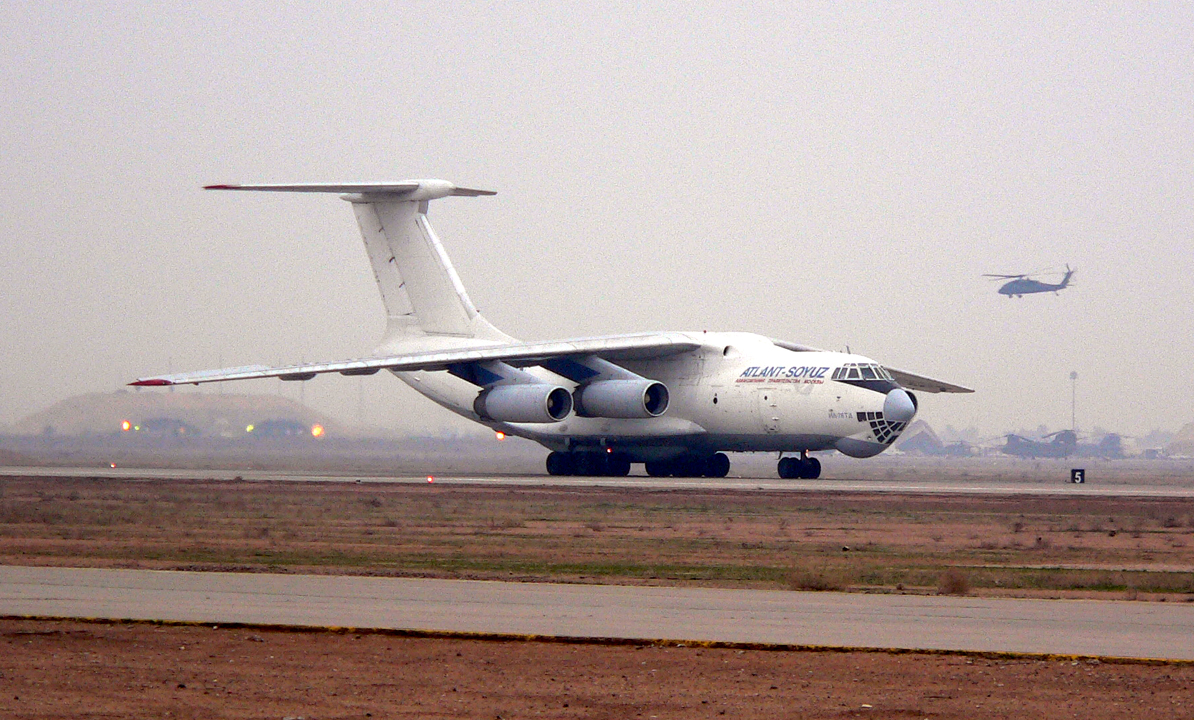 On March 23, 2007, a Il-76 airplane crashed in outskirts of , , during the 2007 Battle of Mogadishu. The plane was carrying repair equipment, and had brought . The aircraft is thought to have been shot down, but Somalia insisted the crash was accidental. All 11 people on board died in the crash.

The aircraft involved was an Ilyushin Il-76, a large Russian-built cargo aircraft, powered by four engines. Il-76s are 47 metres long, have the capacity to carry a payload of up to 45 s of cargo, and require a minimum crew of six. Registered as EW-78849, the aircraft involved in the crash had been on a chartered cargo flight carrying equipment to n AMISOM peacekeepers in the Somali capital of Mogadishu.

Four of the personnel onboard the accident aircraft were engineers that had worked on repairing another Il-76,

There have been reports of unverified claims circulating on the Internet that this first aircraft had in fact been carrying a secret load of s for Ugandan troops.

The aircraft had just taken off from . According to Somali Interior Minister Mohamed Mahamud Guled; "The plane took off at around five o'clock and as soon as it reached convert|10000|ft|m altitude, the pilot reported an engine problem in engine number two and said he would turn back to the airport,"

The accident occurred in an area called , with the main part of the wreckage landing near a farmer's hamlet. A reporter who visited the scene reported seeing crushed animals, four corpses still on the ground, and wreckage spread across an area the size of four football fields. Rescuers found ten of the crew members dead at the scene, and an eleventh alive and wandering around the crash site. He was transported to a hospital where he died the same day.

A civilian who witnessed the crash claims he heard what he believed to be a being fired immediately before the accident. "I saw with my eyes when the plane, which was flying low-level, was hit by a rocket and then fell to the ground," Shabelle reporter Maryan Hashi said." There have been reports that the projectile came from a small boat,

Crew members who were killed:

On April 2, 2007, funeral services were held in Belarus for the victims, with hundreds attending. Eight of the victims were buried in a single lot at cemetery, the rest being buried in .

An investigation has been launched by the Belarusian transport prosecutor’s office for violations of Article 126 of the Criminal Code, which concerns international terrorism.