Marzabotto is a small town and comune in Italian region Emilia-Romagna, part of the province of Bologna. It is located 27 km SSW of Bologna by rail, and lies in the valley of the Reno. A massacre of inhabitants took place there in World War II. 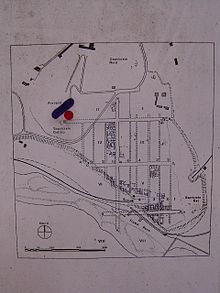 Map of the site

In and below the grounds of the Villa Aria, close to the city, are the remains of an Etruscan town of the 5th century BC, Misa, protected on the west by the mountains, on the east and south by the river, which by a change of course has destroyed about half of it. The acropolis was just below the villa: here remains of temples were found.

The town lay below the modern high-road and was laid out on a rectangular plan divided by main streets into eight quarters, and these in turn into blocks or insulae. Cemeteries were found on the east and north of the site. The name of the place is unknown: it was partially inhabited later by the Gauls, but was not occupied by the Romans.

On September 29, 1944, during the World War II German occupation of Italy, the town was the site of the worst massacre of civilians committed by the Waffen SS in Italy. In reprisal of the local support given to the partisans and the resistance movement, soldiers of the SS-Panzer-Aufklärungsabteilung 16, killed systematically hundreds of civilians in Marzabotto, and in the adjacent Grizzana Morandi and Monzuno. The town was awarded with the Gold Medal to Military Valour for this episode. 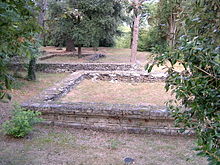