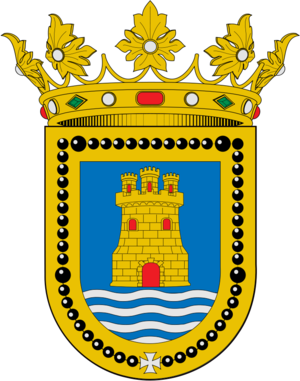 Rota is a town of approximately 27,000 people in the region of , located in Cádiz province, across the Bay of Cádiz from the city of that name. Rota is bordered by the towns of Chipiona, , and . It is located on the coast, approximately halfway between and .

Archaeological evidence suggests that there was a settlement on the present site of Rota. The current town was founded by the at approximately the same time as Cádiz. Rota is assumed to be the same city known as "Astaroth" of the Tartesian empire. It later passed to the Romans, who knew the town as "Speculum Rotae".

Following the arrival of the in Spain, the city became known as "Rabita Rutta" ("watchtower of Rota"), from which it derives its present name. From onwards, the Moors were gradually expelled from Spain, and the city became Christian. In , Sancho IV awarded the town to in honour of his defence of . Later, Pérez de Guzmán gave it to his daughter, Isabel, as a wedding present when she married , Maestre of and First Lord of . Construction of the "" (Castle of the Moon) had begun in , two years prior to the bequest to Pérez de Guzmán, as part of Sancho IV's effort to develop strong coastal defenses, especially near the entrance to the Mediterranean Sea. During the , the town was an important port for trading with North . In the 11th died without issue, and the city was rendered to the .

Rota is primarily a town, offering eight hotels (including the four-star Hotel Duque de Najera) and nearly two thousand beds. It is a summer destination for tourists from all over . During the off-season, its main commercial activity centres on the fishing industry.

Rota is also the location of a joint Spanish Naval base and U.S. Naval base, opened in (which also hosts U.S. Marine and Air Force units). It is also the usual first port of call for U.S. naval vessels before entering the .

According to an article in , eighty percent of Rota's economy depends, directly or indirectly, on the US Naval base. Much of this economic impact involves on-base jobs for Spanish civilians and providing off-base housing and other accommodations for US military personnel.

The surrounding area is used for ; the predominant crop is .

The most traditional dish is the "arranque" made with chopped bread, tomatoes, green peppers, garlic, salt and olive oil. The local wine, known as "tintilla", is made with dark, ripe grapes. It can be found in the numerous "bodegas" spread over the old town, most notably "El Gato" which produces its own wine.

Rota has two football teams: and