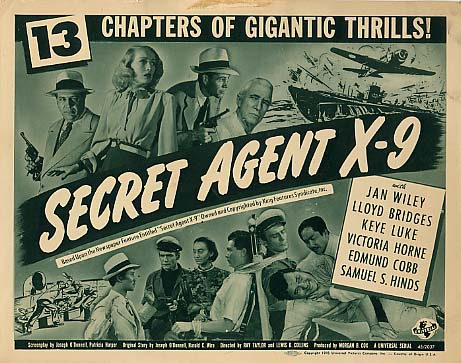 Secret Agent X-9 (1945) is a Universal movie serial based on the . It was the second serial with this name, the first was released by Universal in 1937.