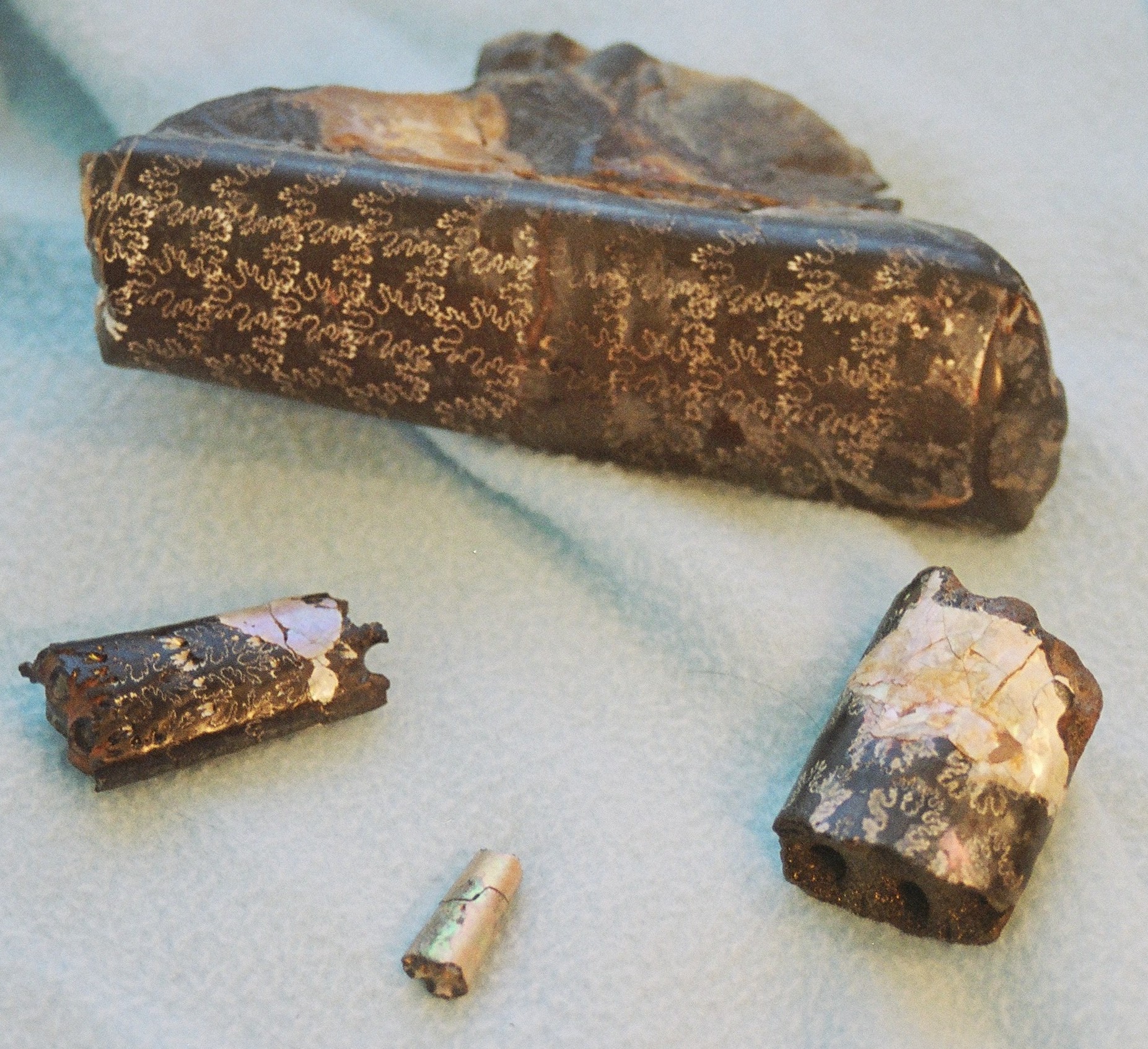 "Baculites" ("walking stick rock") is a of extinct marine animals in the Phylum and Class . They are a nearly straight-shelled type of heteromorph that lived worldwide throughout the Late period. The genus was named by the French in 1850.

"Baculites" grew up to two meters long and were thought to have lived in a vertical orientation with the head hanging straight down. Without a counterweight to the head at the apex of complete shells, researchers believed this was the only way the animal could have been oriented, so the animal could have swum with great agility vertically (but probably very poorly, if at all, horizontally). More recent research, notably by Gerd Westermann, has shown that at least some "Baculites" species were capable of an orientation closer to horizontal.

The shells of "Baculites" grew in a coil during the early juvenile stage (up to about 1 cm in diameter), but as the animal matured, the shells grew long and straight. Adult baculites ranged in size from about seven centimeters ("Baculites larsoni") up to two meters in length. From shell isotope studies, it is thought that "Baculites" inhabited the middle part of the water column, not too close to either the bottom or surface of the ocean.In some rock deposits "Baculites" are common, and they are thought to have lived in great shoals. However, they are not known to occur so densely as to be rock-forming, as do certain other extinct, straight-shelled cephalopods (e.g., orthocerid nautiloids). One notable feature about these animals is that the males may have been a third to a half the size of the females and may have had much lighter ribbing on the surface of the shell. As in all other ammonites, the shell consisted of a series of "camerae", or body chambers, that contained which kept the animal buoyant. These chambers were connected together by a tiny tube called a , which connected with the head of the animal. The animal itself lived in the last (i.e., largest) chamber. In this way, the organism could regulate the gas levels in each chamber and control its buoyancy in the same manner as "" does today. The walls separating these chambers are called "septa"; the line along which each septum meets the outer shell is called the "suture" or "suture line". Like all other ammonites, baculites have intricate suture patterns on their shells that can be used to identify different species. "Baculites" fossils are very brittle and almost always break. They are most commonly found broken in half or several pieces, usually along suture lines. Individual chambers found this way are sometimes referred to as "stone buffaloes" (due to their shapes), though the Native-American attribution typically given as part of the story behind the name is likely apocryphal.

"Baculites" and related straight cephalopods are often confused with the superficially similar cephalopods. Both are long and tubular in form, and both are common items for sale in rock shops (often under each others' names). Both lineages evidently evolved the tubular form independently of one another, and at different times in earth history. The s lived much longer ago (common during the Era and going extinct at the end of the Period) than "Baculites" (Late Period only). The two types of fossils can be distinguished by many features, most obvious among which is the suture line: it is simple in orthocerid nautiloids and intricately folded in "Baculites" and related ammonoids.