Car Bomb is a group from that was initially formed in . Their debut album, "Centralia", was released through on , . The band recently released a limited edition split 7" with on Relapse.

Car Bomb first came to be around the year 2000, when Greg Kubacki and Michael Dafferner of the band Neck shared a rehearsal space under a Rockville Center, New York butcher with Elliot Hoffman and Jon Modell of the band Spooge. Over time, the bands became great friends and frequently visited each other's practices. In 2002, Modell, unsatisfied with the music his band was making, recruited Kubacki and Dafferner to form what a side project called Car Bomb. In 2004, Car Bomb began recording. Their first full length album "Centralia" was released on , via Relapse Records. The album was well received by critics and fans alike.Fact|date=July 2007

The band's first full length release was named after the doomed town of in which was abandoned during an underground mine fire. [ [http://www.offroaders.com/album/centralia/Centralia-1980s-era.htm Website covering the history of Centralia, PA.] ] The track Cielo Drive was named after the road on which the infamous Manson Family residence was situated (), and is the medical abbrieviation for the recent outbreak strain of .

Car Bomb's style is marked by a highly experimental and extremely aggressive approach to metal. The music and riffs follow a very style; chords and scales are not of the conventional variety, and have an almost random playing feel (as demonstrated in 'Hypnotic Worm'). The band cite their style is influenced by , , , , , , , , , , , , , , "and anything Dave Witte has played on". [ [http://www.myspace.com/carbomb Car Bomb Myspace page] ]

:"Whether chopping a riff into pieces, reversing it, cutting it short, or messing with the tempo, Car Bomb’s unique style of progressive metal is the product of dissecting ideas and beating them to death. The result is equivalent to a jet engine propelling gravel into your skull. Car Bomb combines the polyrhythmic and mathematical madness of Meshuggah and Dillinger Escape Plan with the rage and energetic fury of Coalesce and Converge. Though their songs are musically challenging, Car Bomb refuses to dilute their ruthless execution. Their intent is to assault the listener in any and every way possible - compositionally, sonically, and lyrically." [ [http://www.carbombcult.com/bio.php Car Bomb Official Biography] ]

Guitarist Greg Kubacki's playing style uses a lot of descending s, , and ascending sweeps. These techniques are best demonstrated in 'Gum Under The Table'. 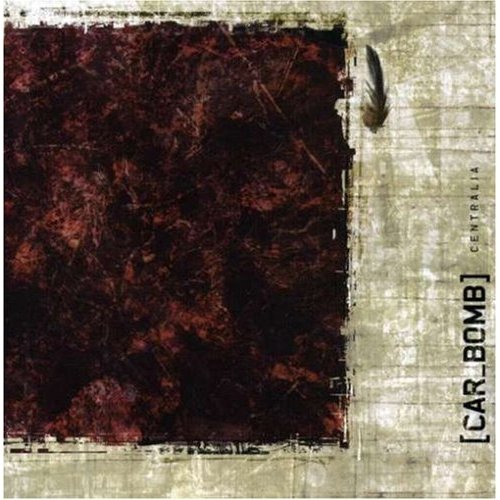